Big Plans in the Works for Whyte Ridge Community Centre 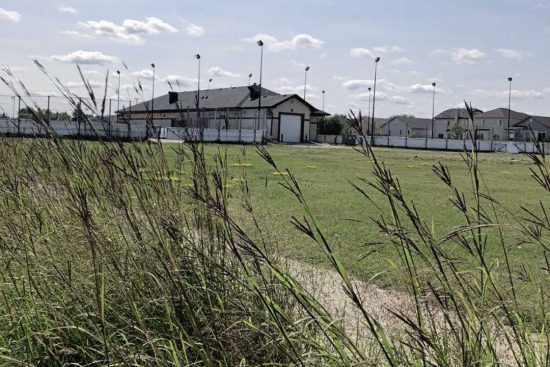 Thank you Nick for a great articles on the many exciting projects occurring at the Whyte Ridge Community Center! President Kim and board have a lot on the go and I’m very pleased to be supporting these improvements! Thank you Sou’wester for covering this important topic.

Big plans in the works for community centre

Friday the 13th of August was a positive step forward, rather than a day of bad luck, for the Whyte Ridge Community Centre.

It was the first on-site planning session for the Splash Pad. The landscape architect has been retained to start the design, and staff from several city departments, the community centre president and site development director walked the site and discussed possible locations. Issues included access to water, washrooms, drainage, distance to residences, parking, safety, and co-ordination with existing infrastructure and other development plans. Given the type of summer we’ve had, it will likely be a welcome addition to the community centre next year, if all goes to plan.

It’s been a reasonably productive planning period for the community centre. The Pembina Active Living (PAL 55+) group is poised to move into the building this fall, and plans have been developed to convert one of the changing rooms to a meeting room, and some of the open space into a small office. Summer students have been working hard to spruce up the hockey pens and residents have offered to help with some of the maintenance tasks. Maintenance will likely also include replacing the hockey viewing windows and repairing stucco from puck damage, and maybe a new coat of exterior paint to freshen up the building. The new area of tall grass prairie was seeded this spring, but has been struggling to cope with the hot dry weather.

A site development Wish List is underway and City staff and Councillor Lukes have been assisting with ideas and cost estimates. The PAL 55+ group has also provided initial ideas. Details will likely be shared on the community centre website, but so far, short-term items include benches for the teams using the soccer fields, portable basketball hoops for the east hockey pen, a flower garden at the Cloverwood entrance to the site, and more trees, including about 10 (either silver maple or green ash) to fill in the spaces between the elm trees. Longer-term projects could include asphalting the pathways and rinks, a small external storage facility, a community vegetable garden, and a portable (trailer-based) water tank, to water the plants at the north end of the site.

The gymnasium concept isn’t completely off the table yet, but with recent funding announcement for the South Winnipeg Recreation Campus, consideration is being given to a more modest expansion focussing on more storage space, meeting rooms and perhaps a slight expansion of the multipurpose room used for indoor programming.

So, lots of interesting plans afoot! The community centre will likely be sharing details and soliciting input soon.