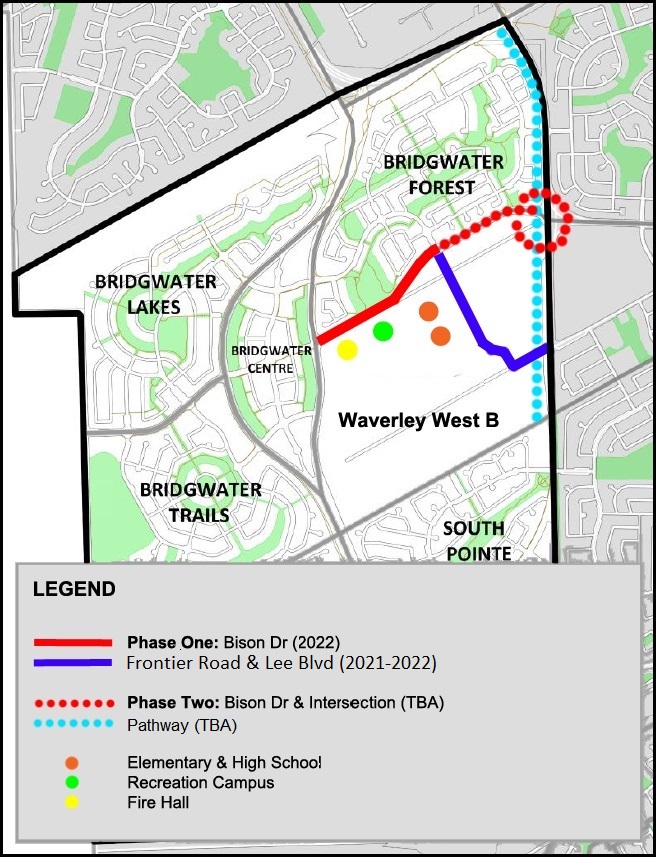 Since elected in 2014, I estimate I’ve brought forward over 40 requests to have engineers in Public Works study traffic issues ranging from:

But – why so many studies ? What is the need for all these studies ?

Traffic is like water – it will find a route to get from Point A to Point B – of travelling from east to west.  Many of these east – west connections being made are on residential streets, through residential neighbourhoods.  Area residents are familiar with many of these changes that have been made over the past few years to calm traffic and make safer connections:

Positive news is on the horizon!

Phase Two of Bison Drive is an expensive piece of infrastructure, but when complete, will resolve many traffic flow issues in Richmond West and surrounding neighbourhoods.