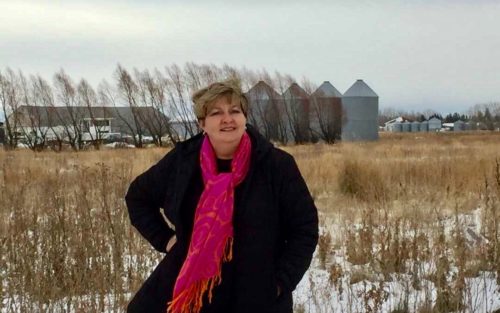 It is important to understand, the City is able to secure additional land to expand the site.
Qualico is an excellent ‘city building partner’ and extensive negotiations are occurring on a regular basis to ensure this site will be built to meet the communities growing needs. Any large project experiences turns and bends and complex issues that need to be worked through. We are making great progress and will have more exciting news shortly!

Thanks to the Winnipeg Free Press for the update on the latest recreation campus activities.

City hall is finally making a move to create a recreation campus for Waverley West.

Council will consider a proposal to expropriate a 19-acre parcel of farmland in Waverley West, where the administration proposes to locate a library and other civic amenities. A YM-YWCA would also be built as part of the recreation/leisure campus.

The plan to expropriate the property will be discussed at Thursday’s council meeting. It was unanimously endorsed by the executive policy committee last week.

The expropriation plan follows up on some last-minute additions to the 2018 city budget, which saw council reallocate $11.75 million for capital construction of new facilities. That’s in addition to $4.1 million council approved for land purchase for the recreation campus.

John Kiernan, the city’s director of planning and development, said the doors to the new campus could open in three to six years.

“I’ve spent almost four years working flat out with multiple (civic) departments, land owners, governments, engineers and more to get to this point,” said Lukes (South Winnipeg-St. Norbert). “I am very supportive of the city moving forward with this expropriation for the greater good of all.”

A regional recreation campus would be the first for Winnipeg, and it would include working with the Pembina Trails School Division, the Winnipeg YM-YWCA and the South Winnipeg Community Centre, which oversees the Richmond Kings and Waverley Heights facilities.

The school division has requested the province build two schools on 25 acres of land at the southeast corner of Kenaston Boulevard and Bison Drive, which is immediately west of the property the city wants to expropriate.

In addition, the city has a tentative agreement to partner with the YM-YWCA to build a super Y in several locations in Winnipeg. The city would provide land for the new facilities.

The regional campus would include a library, recreation centre, park and athletic fields, transit park’n’ride and pedestrian and cycling connections.

Lukes said the property and planning department is rolling out a secondary planning process to determine where roads and underground infrastructure would be located and is consulting the South Winnipeg Community Centre on types of uses on the campus.

“While Winnipeg has never built a ‘regional recreation campus’, other cities have been building them for years, and it can be done,” Lukes said. “It just requires a new way of thinking.”

Ted Fransen, superintendent of the Pembina Trails school division, said while he expects a decision soon from the province, he said he is looking forward to working with city hall to develop the regional campus.

The city has had long-term plans for the south recreation campus in the area when the former NDP government launched the Waverley West development. Manitoba Housing set aside land for the school division, but property that was designed for the city for the recreation campus was sold to Qualico.

An administrative report states that while Qualico has been willing to sell the city a 32-acre parcel for the recreation campus, negotiations on terms haven’t gone well, which prompted city hall to focus on the nearby farm property as an alternative.

The administrative report said the city approached the owner of the land but the individual is reported to have no interest in selling it to the city.

The property has a combined (farm and residential) assessed value of $348,000. While the report states the city will continue to negotiate with the owner, the expropriation process will secure the land for the city and freezes the land value at the date the expropriation goes into effect.

Kiernan said timing of the project depends on when and if the province approves one or two schools on the adjoining site, adding that would trigger joint planning with the school division on shared facilities for students and the community.

The high school would be constructed first, Kiernan said, then the Y and other civic facilities would follow

“What we’re looking for is can we cluster our services in one location (and) what’s the best use of the facility once the investment is made?” Kiernan said.

The report notes the farm property is smaller than what the city had wanted, but its location, immediately west of the school division land, is better suited to the campus concept. In addition, it’s possible the city can trade several parcels of land it owns in the area to the developer in exchange for additional land the developer owns east of the farm property.

“We see it as a positive all-round,” Kiernan told EPC. “It’s a great synergy and opportunity for multiple partners to co-exist on the same site.”