Gillingham Follows Through On Vow to Cut His Cabinet 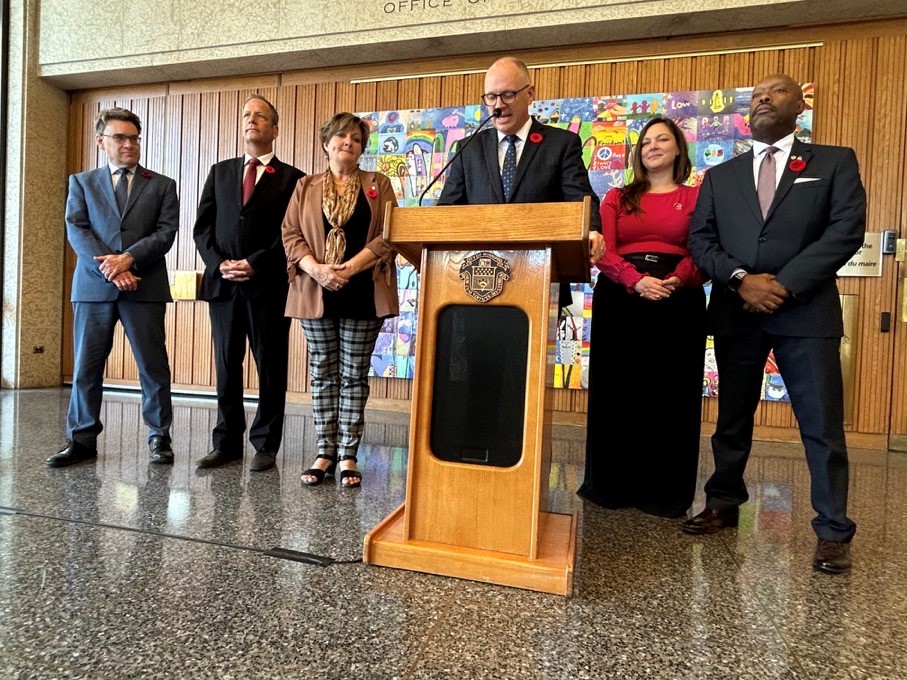 Thank you to the media for covering this important issue.

Gillingham follows through on vow to cut his cabinet

Mayor Scott Gillingham named a slightly smaller executive policy committee on Wednesday as he vowed to collaborate with colleagues to ensure he has the votes to fulfil his campaign promises.

“I believe that reducing the number of EPC members puts more responsibility on me, as Winnipeg’s mayor, to demonstrate more outreach… certainly including the non-EPC members of council,” said Gillingham.

Many significant policy changes and projects must be approved by a majority of council members. 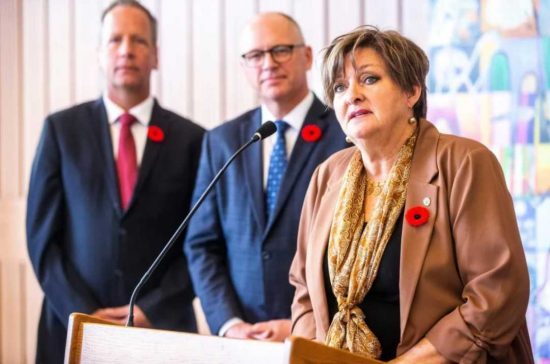 Gillingham appointed five city councillors to join him on EPC, often referred to as the mayor’s cabinet, each of whom will lead a standing policy committee. They include Jeff Browaty (who will lead the finance and economic development committee), Janice Lukes (public works), Brian Mayes (water, waste and environment), John Orlikow (community services) and Sherri Rollins (property and development).

To reduce the size of his inner circle, Gillingham collapsed the innovation and economic development committee and the finance committee into one. The changes make good on an election promise to reduce the size of EPC, to six members from seven, following complaints the previous group had far more power and access to information than non-EPC councillors.

The new mayor promised to ban the “EPC+2” practice, through which former Mayor Brian Bowman named a deputy mayor and acting deputy mayor who don’t sit on EPC. Critics claimed that created a voting block of nine politicians, which allowed the mayor to easily win key votes among council’s 16 members.

Gillingham appointed Lukes to serve as deputy mayor, while Markus Chambers will serve as acting deputy mayor and continue as Winnipeg Police Board chairman (pending council ratification). While Chambers is not on EPC, Gillingham noted his total number of key appointments still adds up to seven, a minority of council votes.

He said Chambers, who led the former innovation committee, can focus on the police board.

“I think he’s been doing an outstanding job in one of the most difficult environments lately, with everything related to the pandemic and its impact on homelessness, addiction and community safety… The work of the police board is… probably even more critical right now than it’s been in a long time,” said Gillingham.

The mayor said he hasn’t decided if scrapping EPC entirely or letting council vote in its members would improve decision-making. He does plan to ask the province to alter legislation to give the city more control over its own governance.

“I want to make sure… that we have the flexibility and the autonomy to establish the best governance model for the people of Winnipeg,” he said.

Gillingham said he’s “doggedly stubborn” about reaching out to all councillors to prevent the EPC changes from resulting in more lost votes that could stall his agenda.

Matt Allard, who had been public works chairman under Brian Bowman, and Cindy Gilroy, who had been property and development chairwoman — both of whom endorsed Glen Murray’s mayoral bid — will no longer sit on EPC.

Gilroy urged Gillingham to reach out to her, and residents of the Daniel McIntyre ward she represents, to help unify Winnipeggers after his narrow election win. She noted many of her residents voted for mayoral candidates Murray or Shaun Loney.

“I’m hoping that (the mayor) really does reach out to… make sure that we have a voice there, too,” she said.

Allard said he has “mixed feelings” about being off EPC.

“(Not being) a member of EPC is going to give me more time for policy development, as well more time to work with the residents of St. Boniface on various (ward) issues… I guess (I have) mixed feelings, but there are tremendous opportunities to work on (other) priorities,” he said.

“I don’t think that the previous model did the residents of Winnipeg well… (Every councillor) brings value to the table here and it was never tapped into,” said Lukes.

Meanwhile, a political scientist expects Gillingham will stop short of getting rid of EPC.

“(EPC) is not supposed to give the mayor a majority on council so they can just dictate everything. (But it is) meant to give the mayor some ability to cajole and encourage council to support his or her policy agenda,” said Aaron Moore, associate professor of political science at the University of Winnipeg. “I suspect that as (Gillingham continues as) mayor, he’ll realize… that he won’t want to get rid of it.”

Moore said the mayor’s role on council is unique, as the only municipal politician all Winnipeggers can vote for, so it’s important they have the ability to deliver on their city-wide platforms.