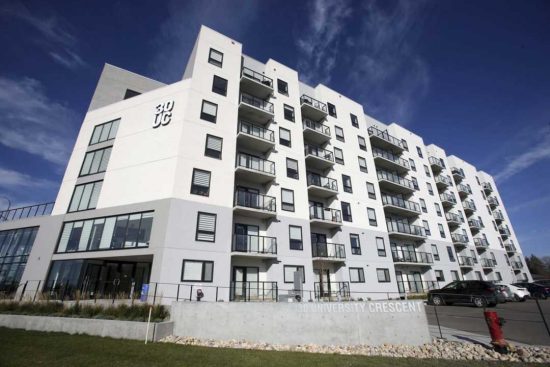 I do believe we will continue to see a downward trend though – for these additional reasons:

Anecdotally, I would say there is also a  ‘Covid silver lining’ to the illegal rooming house issue. There were not as many students renting rooms in houses because University was closed, and as a result –  landlords / owners were not generating great revenue. They saw how active the housing market was, and put their rooming house up for sale. These homes are being purchased by families who are now renovating back to single family homes. This observation is a result of discussing home sales with area residents, and is purely from my observations.

Thank you Winnipeg Free Press for covering this important issue:

For years, councillors and residents have complained about illegal rooming houses near the University of Manitoba because they feared crowded dwellings might put student tenants in danger.

Now, one city councillor believes pandemic conditions and new developments are beginning to alleviate the problem.

“The pandemic has created, I would say, a silver lining,” said Coun. Janice Lukes.

COVID-19 forced a shift to remote learning, which meant many landlords of crowded homes in Fort Richmond and University Heights lost student renters, said Lukes. Some of those homes were sold and families moved in, she said.

In addition, developers have created almost 1,700 new rental units to address demand in the area — including 775 units in four apartment blocks that have opened over the past two years — since Lukes began lobbying for changes in 2014.

Since many units can be shared by multiple students, she expects that will offer affordable rents and better living conditions.

“Some of (the rooming) houses that were renting apartments… would have an 1,100-square-foot house with eight bedrooms. The safety, the fire hazards were just off the scale,” said Lukes.

In a 2017 report, Lukes estimated there were as many as 150 illegal rooming houses around the U of M based on calls to her office. The report has not been updated.

The councillor noted Fort Richmond complaints have generated the most illegal rooming house investigations of any Winnipeg neighbourhood each year since 2017. Those complaints triggered 13 investigations in 2020, down from 19 in 2019, 26 in 2018 and 35 in 2017.

Jacquie Field, chairperson of the Fort Richmond University Heights Neighbourhood Association, also believes families have moved into some houses that had been occupied by multiple students, although there is no official count of the apparent trend.

Three homes on her street were sold this summer, and it appears families have moved in, she said.

“Overall, my impression is that it is better, it’s improved… but that does not mean that there are not houses where they’ve put a bedroom in a living room and don’t have a (fire) escape,” she said.

A Fort Richmond resident who lives next door to a suspected rooming house, said the issue is a constant source of frustration.

“It just leads to terrible-looking properties.”

He believes there are at least three rooming houses on his street, with seven to 10 people living in each one. While few students are currently heading to the university for classes, many rooming houses have been filled with non-student tenants instead, he said, adding he fears the problem will grow worse once students finally return to classes, which is expected to occur this winter.

“I’m skeptical that (this issue is) being resolved,” he said.

“For those that are living there, it is having an impact potentially on the decline of neighbourhoods,” said Chambers.

A city report notes 80 illegal rooming house complaints made by members of the public were investigated in 53 neighbourhoods last year, in addition to 60 city-initiated investigations.

The report states there were 520 fire-prevention bylaw infractions in Winnipeg rooming houses last year, up from 351 in 2019. The violations included problems with fire extinguishers, “fuel-fired heating,” fire alarms, smoke alarms, dryer vents and exits, among other issues.