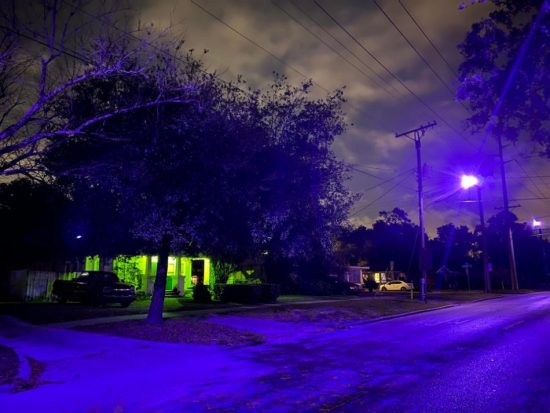 Thank you to Global News for covering this story.

I have received calls from residents inquiring  about why Manitoba Hydro’s street lights are a purple/blue color. Please know that Manitoba Hydro owns and maintains the lights. I recently received an update from Manitoba Hydro which I’ve summarized:

The issue with the purple lights is not isolated to just Manitoba and Manitoba Hydro. This issue is occurring across the globe. The purple/ blue light being emitted from the light fixture is related to a manufacturing process defect. Manitoba Hydro continues to work on replacing these lights, but progress is being hampered by supply chain issues during the pandemic. Obtaining material due to global shortages of certain products is limiting how many lights Manitoba Hydro can repair between material shipments.

If you notice a purple/blue street light, please report them using one of the following methods:

Once Manitoba Hydro receives notification, they try to repair damaged lights in the following 4-6 weeks, but as noted, supply chain issues are causing delays.

Light replacements have been happening in Southwest Winnipeg since last year. This is an ongoing project as Manitoba Hydro continue to have more lights failing daily. The hardest hit areas so far have been in the south west and south east areas of Winnipeg, including Charleswood, Fort Richmond, Waverley West, Linden Woods, River heights, Fort Garry, St Boniface and Transcona. This is mainly because of the manufacturing batch, style and type of light that was installed in these areas.

Approximately 250 damaged lights have been replaced across Winnipeg since the first reports of the purple lights. Over half of the replacements have been in Southwest Winnipeg. Given that more lights fail on a daily basis, it will be a while until all these lights are replaced. Manitoba Hydro asks for your patience.