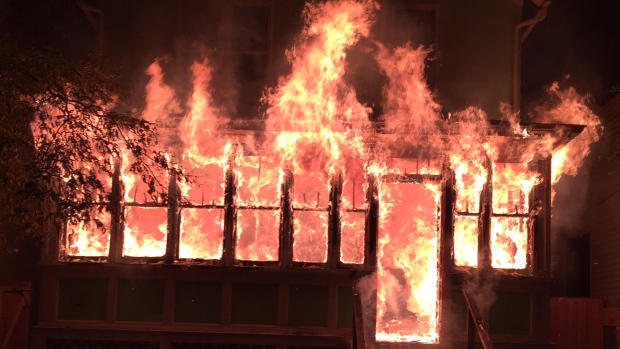 There’s been a lot of discussion in the media recently about life safety and regular fire inspections of rooming houses in Winnipeg.  The term ‘registered / licensed rooming houses’ has been mentioned frequently.

Virtually all of the rental houses in the Fort Richmond and University Heights areas are unregistered (not licensed).  The City’s and Province’s current criteria and legislation does not allow registered rooming houses in areas zoned for single family dwellings (R-1 zoning), with the exception of two properties in the Fort Richmond area.  These two properties (which cannot be identified for privacy reasons under Federal legislation) are the only registered/licensed ‘converted residential dwellings’, commonly referred to as ‘rooming houses’. The licenses for these two houses were issued prior to 2003, based on criteria/legislation at the time of application.

Registered converted residential dwellings used to be inspected for living standard violations every two years. In 2015, when the City’s current Neighbourhood Liveability By-Law was enacted,  regular inspections were eliminated and the system reverted to a complaint-based process.  The Winnipeg Fire Paramedic Service inspects converted residential dwellings on an regular basis, but has challenges inspecting all dwellings each year.

Regardless of whether rental houses are registered/licensed, in my opinion, we have serious safety and security risks in rental properties.  Thank you to CBC and Jino Distasio for an excellent article on the topic.

‘Imagine taking 10 people, packing them into a small house and charging $400 a month,’ Jino Distasio says

The owners of crowded, unregistered rooming houses are partly to blame for elevated safety risks that have cost tenants their lives in fires and other emergency situations, a University of Winnipeg professor says.

Jino Distasio, the director of the Institute of Urban Studies for the U of W, said unregistered rooming houses in the city present “huge safety and security risks.”

Safety in Winnipeg’s unregistered rooming houses is under the microscope after two people died and others were injured in a North Point Douglas fire last week.

Part of the problem with unlicensed rooming houses is many have not passed safety inspections — or been inspected at all for that matter, Distasio said.

There’s also a knowledge gap that persists, which means regulators don’t have a firm grasp on how many illegal houses are operating in the city, he added.

“Whether it’s in the south near the University of Manitoba or, certainly more problematically, in the inner city of Winnipeg … we’re packing people into 100-plus-year-old homes that just aren’t up to standard,” Distasio said.

Why is it happening?

Profiteers are often skirting the law to capitalize on a demand for low-income housing in places like the inner city, endangering their tenants in the process, Distasio said. 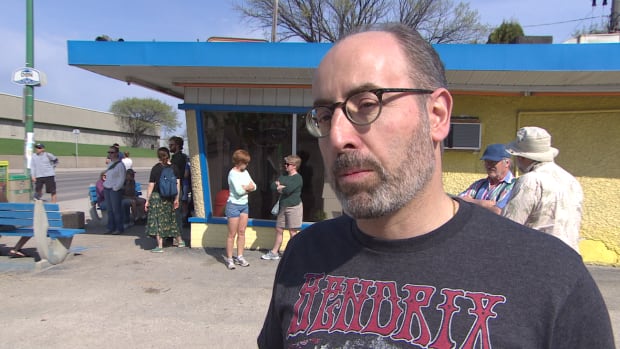 PHOTO:  Jino Distasio is the director of the Institute of Urban Studies for the University of Winnipeg. (CBC)

“It happens because there’s profit. Imagine taking 10 people, packing them into a small house and charging $400 a month. That’s $4,000 into somebody’s pocket operating a rooming house, and that’s a mid-sized one,” Distasio said.

What complicates matters further is that tenants living in rooming houses are often too scared to file safety complaints with regulatory officials, Distasio said. Because they fear they could be evicted, a lack of adequate emergency exits or a failure to meet occupancy standards often goes unreported, he explained.

In the fatal July 7 rooming house fire in North Point Douglas, some tenants scrambled out of windows and climbed down the building to escape the blaze. 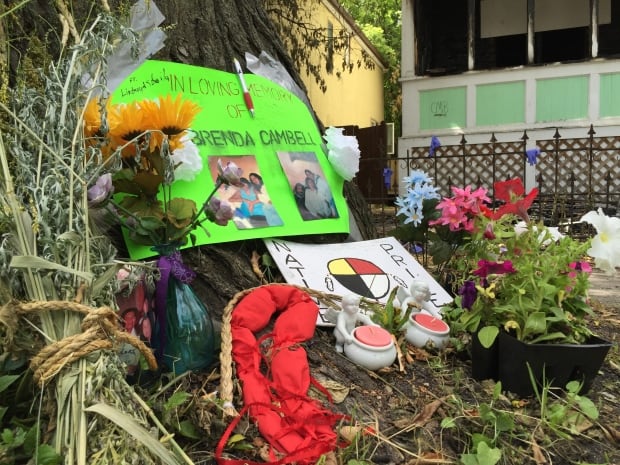 PHOTO:  A memorial adorns what is left of an Austin Street rooming house, where two people died in a fire last Thursday. (Trevor Brine/CBC)

“How do people get out if there’s no fire escapes? How do you get out a 2½-storey window when there’s nowhere to go?” Distasio said.

“When we don’t even meet that threshold … that means we don’t know the quality of that rooming house, we don’t know if somebody can get out of a burning building,” he said. “A lot of people end up living in fear.”

One way to get to the root of the problem, Distasio said, would be to execute an inspection of inner city hotspots known for rooming houses and close “scores of them.” Such a sweep would reveal “hundreds and hundreds” of illegal rooming houses in the city, he said.

The challenge, then, would be to find appropriate, affordable places for people displaced in the process, Distasio said.

“The challenge for Winnipeggers is we really need to step up and understand where people are living in our city — especially living on the margins, living in poverty. [They] face very little choice,” he said.

On Monday (July 11, 2016), councillors voted through a motion that will see more city bylaw officers visit rooming houses more often. Bylaw officers have been given three months to better understand how many rooming houses are operating and how to ensure each is inspected at least once a year.

With files from Bartley Kives