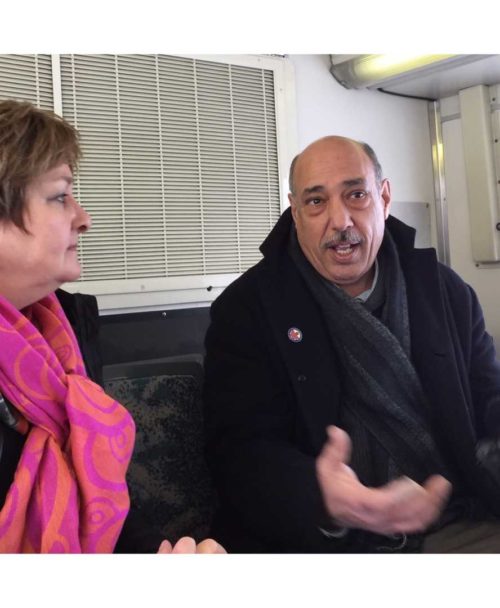 Serious discussions with Mr. Chaudhary and Mr. Fleisher on the bus today. We discussed many topics ranging from:

The NUMBER 1 point we all agreed on is that we need STRONG LEADERSHIP in the transit department to set a new direction  and sort out the many, many transit issues!  We need FRESH EYES and a BIG PICTURE thinker to conduct a comprehensive overhaul of the transit department.  A job posting for a new Director is posted and filling it with the right person will be critical.

I don’t take transit on a regular basis as I provide a ‘get out of bed and on Mum’s Bus’ service to a variety of teenagers, BUT am an avid supporter of transit service:

I’m pleased to hear many Councillors are ‘riding the bus’ with ATU 1505!