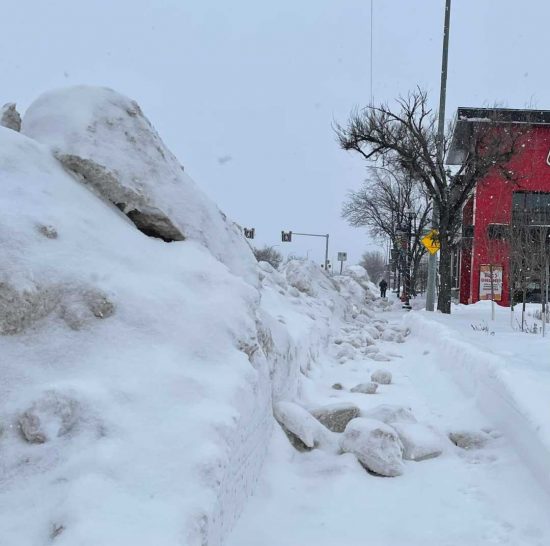 Thanks CTV for a good overview of this horrible situation.

A series of events is causing a massive delay in snow removal on sidewalks. Here is the background on what the sidewalks are essentially not accessible in many many areas.

Following the snowfall at the end of December, snow is removed from the streets and piled and stored along the sides of the streets. Nothing unusual about this – once streets are cleared, dump trucks and semi trailers come to remove the snow banks.

AS A RESULT of VERY HIGH SNOW BANKS 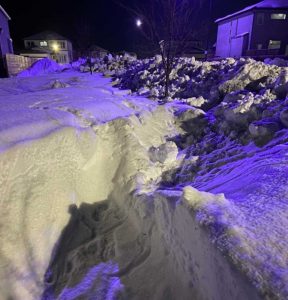