WHY I Support Strategic Investments in Roads 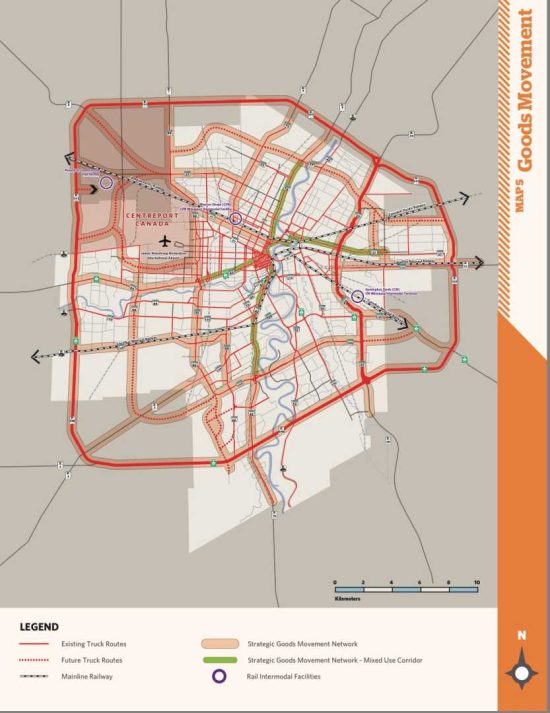 Since 2019, Winnipeg, the Province of Manitoba and Government of Canada have been investing hundreds of millions of tax dollars into CentrePort Canada.

Investing into roads that support economic trade routes benefit all Manitobans. People move to communities that provide job opportunities and they move away from those that don’t. To continue attracting investment and job opportunities in our city in the future, as a city we need to work with the Provincial and Federal governments to continue investing in the growth of CentrePort North and CentrePort South.  CentrePort North is located in the RM of Rosser, and CentrePort South is located within the City of Winnipeg.

Kenaston Boulevard and the extension of Chief Peguis Trail are key links in Winnipeg and the capital region’s goods movement network. These routes make a crucial contribution to economic development, growth and are an enabler of important social benefits. The fact of the matter is – Winnipeg has no freeways, we have made a significant investment in the development and future of CentrePort, and we need to ensure the trade routes leading to Centre Port are in top condition.

Furthermore, for every $1 of public funds invested in strategic infrastructure, the Manitoba economy realizes a return to GDP of between $1.30 and $1.90, depending on the nature of the investment. The ROI is felt both in the same year – because of the immediate job creation, with generation of tax revenues – and long-term, especially in the development of trade-enabling infrastructure.

Do we have to many roads in the City of Winnipeg to support over the long term? For sure we do. In the last eight years we have made unprecedented investments in our road network, yet we still have many in poor condition*. We can’t stop investing roads, but we can work to invest more strategically.

Strategic investment in roads is one of the many reasons why I am supporting mayoral candidate Scott Gillingham.

2022 –   $ 176.72 (include $8.85 million from the Province of Manitoba to provide financial support for road construction, rehabilitation and preservation projects).