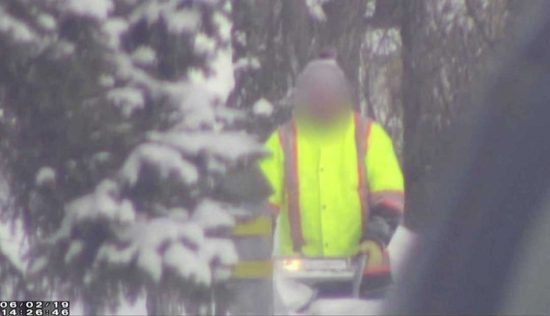 Thank you to the Winnipeg Free Press for covering this very important issue:

A lawyer for the anonymous group whose covert surveillance prompted a City of Winnipeg investigation says city hall needs to do more to resolve issues in its planning, property and development department.

John Prystanski — a city councillor from 1989 to 2002, who once sat on the property and development committee — said group members were pleased to hear disciplinary action has been taken against some of the staff in question, and more is forthcoming, but it can’t be the only outcome.

“The group is still skeptical as to whether the city will get to the root of the problem,” Prystanski told the Free Press. “There needs to be systemic change so this never happens again. There has to be accountability if this report is to have any meaning.”

Earlier this year, a group of citizens hired a local private investigation firm to monitor the activities of 17 city building inspectors. The results of the 28-day investigation, published by the Free Press in April, included notes, video and photos of inspectors who seemed to be doing very little work: taking long lunches and coffee breaks, and running personal errands and personal shopping trips.

Of the 17 inspectors monitored, only one appeared to be putting in a full day’s work the report said.

The group members, who remain anonymous, said they were motivated by frustrations in dealing with city inspectors. The group eventually turned over its surveillance material to city hall in exchange for $18,000 — an amount it said had been the cost of the investigation.

Prystanski was responding Wednesday to coverage of an unexpected briefing provided Tuesday to Mayor Brian Bowman and members of his executive policy committee.

Angie Cusson, Winnipeg director of human resources, told the committee three staff in the department had been put on leave without pay, pending the conclusion of the internal investigation, two others had quit and another retired.

Cusson said additional staff will be disciplined when the investigation is completed July 19, with a report to the office of the chief administrative officer. She said no individuals disciplined would be publicly identified in the report.

However, Prystanski said the community at large shouldn’t be satisfied unless building inspector supervisors are dismissed and department director John Kiernan is required to explain how a culture of non-work was allowed to take root.

Based on Cusson’s briefing, it doesn’t appear city hall’s internal probe will resolve the more complex problem of a “broken culture” alleged in a report from the provincial Treasury Board Secretariat, the lawyer said.

Meanwhile, Coun. Sherri Rollins, a member of the property and development committee which oversees the department and a member of EPC, said she “appreciated” the information provided Tuesday by Cusson. She said committee members had been pressing the administration to be kept informed.

“Winnipeggers should feel some assurance the department and all the city departments are working in their best interest,” Rollins said in an email statement to the Free Press. “I am respectful of the public service process and have admired how they are answering council concerns and those of the public in real-time.”

Rollins cited the efforts of Bowman, who she said demanded an investigation, termination of employees and changes to department operations.

However, holding department staff accountable has yet to be demonstrated, Coun. Janice Lukes said Wednesday, adding she was disappointed the briefing was only provided to members of EPC, rather than all of council.

“I want to see accountability higher up than just the employees who were not doing their job. They have supervisors. What were the supervisors doing to supervise? And who supervises the supervisor?” Lukes said in an email.

“I want to see how the top is being held accountable… This terrible mess is occurring under the watch of Bowman and his EPC — where’s that accountability?”

Couns. Brian Mayes (chairman of the property and development committee) and John Orlikow (former committee chairman) did not respond to requests from the Free Press for comment.