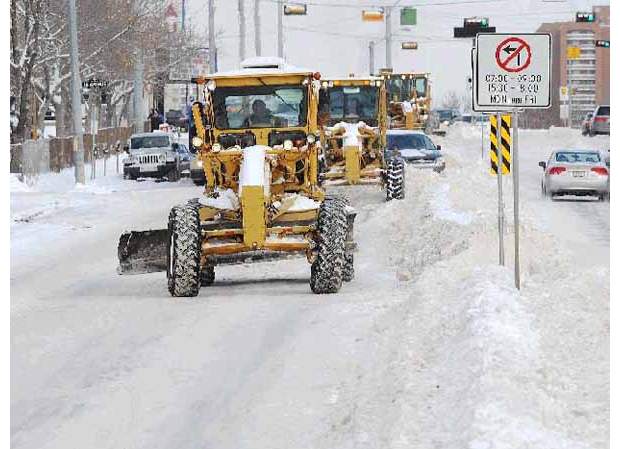 Snow routes are the TOP PRIORITY for snow clearing in Winnipeg.  In order to facilitate a major plowing operation on these priority routes, a Declared Snow Route Parking Ban will be in effect starting tonight at 12 a.m. (midnight) on Thursday, December 8.  This extends the Annual Snow Route Parking Ban by TWO HOURS, prohibiting parking on any designated snow route between midnight and 7:00 a.m.

It’s important that vehicles are not parked on snow routes from midnight to 7 a.m. in order to enable rapid and efficient snow clearing of these critical routes.  Vehicles parked in violation of the Annual Snow Route Parking Ban can receive a $100 ticket ($50 if paid early), and may be towed to the towing company’s compound.