Federal Funding for Water and Transit 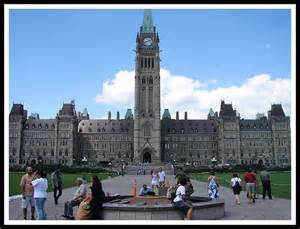 I am very pleased with the recent Federal Government funding announcement which indicates Manitoba’s share will be $95.3 million for water projects.  We are not clear yet as to the exact amounts which Winnipeg will be receiving, but expect to know more once the newly elected Provincial government is officially up and running.

Confirmed Federal funding for water-related projects will enable the City of Winnipeg to re-assess our current financing plan (taxation model). I am optimistic rates may be reduced in the future, pending confirmation of Federal and Provincial funding. Until we know more, I will be supporting the current financing plan, including using the dividend to support the 2016 budget.

My thanks to the Winnipeg Free Press for their coverage of this news story.

Ottawa will spend at least $178 million over the next five years on public transit and water-treatment infrastructure projects in Manitoba, but the finer details of where the money will be spent won’t be worked out until after the new provincial government settles into office.

Manitoba’s share of those will be $82.8 million and $95.3 million respectively, to cover as much as 50 per cent of the costs of eligible projects. Winnipeg is likely to be the recipient of the lion’s share of both programs, but the work on those priorities can’t begin until Pallister and his new cabinet are sworn in next week.

Pallister pledged his government would spend at least $1 billion a year on infrastructure, and said he will simplify the application process for municipalities.

A spokeswoman for Pallister said he couldn’t comment on the Sohi letter because he hadn’t yet received it.

Winnipeg Mayor Brian Bowman said last week his first priority for a meeting with Pallister will be to discuss infrastructure. The city is in the midst of two major upgrades to its south and north end waste water treatment plants, which together have a price tag of nearly $1 billion. Ottawa has already put up $42 million for the south end plant, which is 15 per cent complete.

The north end plant is only about one per cent complete. At $569 million, it is the more expensive of the two projects and thus far Ottawa hasn’t agreed to contribute anything toward it.

The people of Winkler, Morden and the RM of Stanley are also anxious to get federal cash to build new treatment plants in their fast-growing cities, but an application that went in last July has been sitting with the province and not yet forwarded to Ottawa for approval.

A spokeswoman for the Canada-Manitoba Infrastructure Secretariat said she couldn’t provide numbers or details of other projects applied for through federal programs to date, while the government was in its transition process.

The clean water program funding is to be doled out over the next five years while any projects that qualify for public transit funds have to be completed within three years. That effectively rules out Winnipeg using any of it to build the next stage of bus rapid transit. Phase two, extending the southwest corridor to the University of Manitoba, is already funded by the three levels of government through a public-private partnership (P3).

The city hasn’t yet decided which of the remaining lines will be the next priority. The new federal cash could possibly be used to work on the plan for the next line, since design and planning for future public transit expansions is one of the four criteria for the public transit fund. Improving existing transit infrastructure, improving system efficiency and management are the other three criteria.

A spokeswoman for Winnipeg Transit would not provide a list of other infrastructure desires by the city’s bus operator, saying more details of the program were required first.

Sohi also discussed changes to the existing Building Canada Fund and says he wants to commit the remaining money by the end of March 2018. The program was initiated by the previous Conservative government in 2014 and was to have been doled out over a decade. Manitoba was allocated $420.4 million for larger-scale projects prioritized by the provincial government and another $46.7 million for projects in small communities of fewer than 100,000 people.

More than 75 per cent of the provincial projects fund is still to be allocated in Manitoba, however the majority of the small-communities fund has been spent already. There is about $10 million left in that fund.

Announced by the previous Conservative government in 2014, it has three components:

❚ A $1-billion small-communities fund for municipalities with fewer than 100,000 people. The money in each must be matched by provincial and/or municipal contributions.

The fund was to be a 10-year program but the new Liberal government wants the money at least allocated by March 2018.

A new fund announced in recent federal budget. National total is $3.4 billion to be spent over three years to fund as much as 50 per cent of eligible projects. The money can be used for things that improve existing public transit, improve system efficiencies, increase management capacity of transit systems, or design and planning for expansion of transit systems.

Manitoba will receive $82.84 million, which is determined based on the share of public transit use in the country.

A new fund announced in the recent federal budget. National total is $2 billion over five years.

Manitoba’s share is $95.3 million, for up to 50 per cent of costs for water, storm water and waste water new construction, upgrades, rehabilitation, improvements, planning for future projects or improving management of existing systems including pilot projects and research studies.