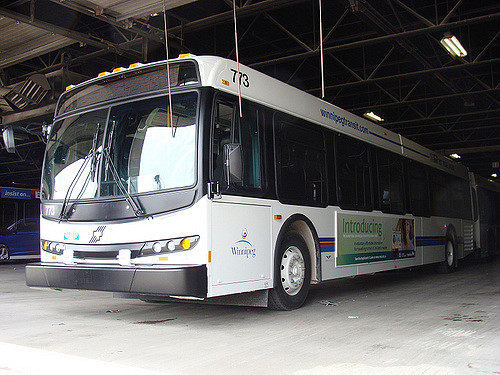 Since being elected in fall, 2014 as City Councillor for the South Winnipeg-St. Norbert ward, I’ve been working to secure funding in the City budget for transit expansion into Bridgwater Centre, Bridgwater Lakes and South Pointe.  After three years, funding was finally approved in the City of Winnipeg’s 2017 budget!

This good news has been a long time coming for these communities, and I am very pleased to see this expansion occur.  On September 3, 2017, Winnipeg Transit formally expanded service with:

In my opinion and that of many residents, the current routing of Transit 72 and 86 is not ideal. Yes, we have transit service, but it is weak service. Transit users seek direct routes to downtown and the University of Manitoba (U of M is Winnipeg’s second most commuted to location, next to downtown). The current routes do not provide the direct service people are seeking.

I cannot stress how important it is to provide your feedback.  Bridgwater and South Pointe are new, growing communities; change is occurring at a rapid pace with new homes being built and new residents moving in weekly!

The routing for Bridgwater and South Pointe needs refinement and requires YOUR input to Winnipeg Transit.  IF you want to see a route change – you MUST send your suggestion to 311@winnipeg.ca.  This feedback can even include changes to BUS STOP LOCATIONS.

On a City-wide basis, Transit service is adjusted four times annually to match seasonal changes in ridership, and ALL INPUT is considered.  Your comments and suggestions enable Winnipeg Transit to identify neighbourhoods where revisions to routing and/or scheduling is required.  This information is critical, as it’s used for operational planning as well as budgeting purposes by Winnipeg Transit.

Wherever you live in the South Winnipeg-St. Norbert ward, if you want to see some changes in Transit Service, please E-Mail your suggestions to 311@winnipeg.ca.

The below image is a CONCEPTUAL routing map from the Business Case and Value for Money Summary report which provides an idea as to how ‘feeder’ routes will be developed and feed into the rapid transit corridor at the Markham Station.  I will ensure these feeder routes are developed in consultation with the community in 2018-2019. 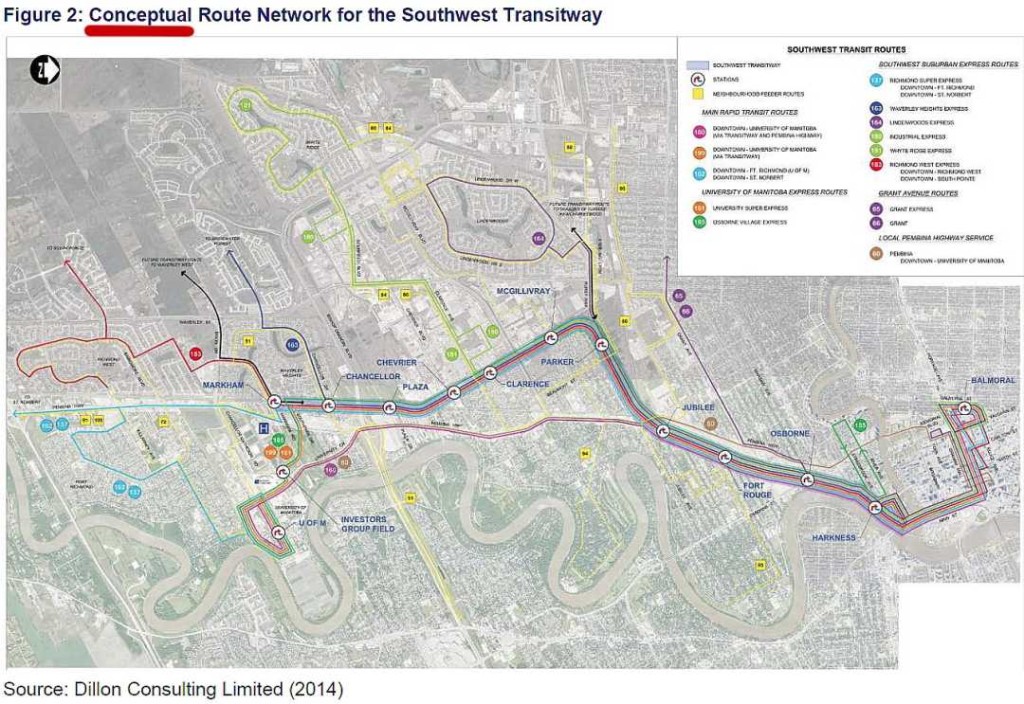