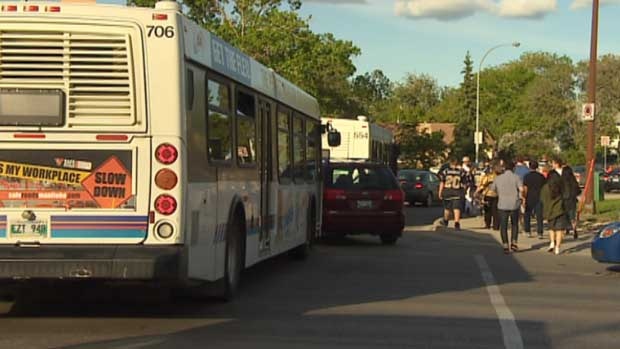 The Chancellor Matheson pathway has been given top priority by city officials thanks to a number of high-profile events over the next few years, including the Grey Cup and women’s World Cup soccer games in 2015.

Mayor Brian Bowman said the pathway will give Winnipeggers more options to travel safely to and from stadium events.   “It is a strategic investment, and when you look at the volume of people who are going there for games and also the Bisons and concerts throughout the year,” he said Wednesday. “We want to make sure the different points of accessibility are there.”

When asked whether other stakeholders, such as the University of Manitoba or Winnipeg Football Club, should be sharing the cost for the pathway, Bowman replied, “We are making our investments where our priorities are.”

This week, public works committee chairwoman Coun. Janice Lukes added an amendment to the project’s funding which will take almost $200,000 out of the Waverley multi-use pathway budget. The amendment called for the city to look into alternate sources, such as surpluses in the city’s local road renewal fund, to help pay for the project.

“A greater percentage of the pathway was actual roadwork that needed to be done to accommodate transit,” she said, noting the scope of the project also includes shoulder upgrades for buses, landscaping, lighting and a spot for the buses to pick up and unload riders.

“It is heavily needed when you have that many people coming out after an event and we want to get people on the buses as fast we can so we don’t have hours of waiting.”

Lukes said because active-transportation funding is often difficult to wrangle from the city, the money for the pathway shouldn’t all come from that source.

“A million dollars in pathway work — that could give us more pedestrian sidewalks. It could go massively far,” she said.

Republished from the Winnipeg Free Press print edition May 7, 2015 B4