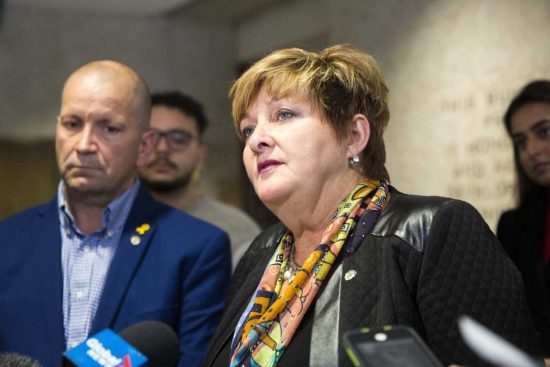 Janice Lukes has been on Winnipeg city council for five years. First, as a power insider and member of mayor Brian Bowman’s executive policy committee; but for the past three years, she’s been an outsider — concerned with how Bowman has concentrated power with “EPC+2.”

As a former member of EPC, Lukes is fully aware of the kind of information and access to administration provided to its members.

For the past three years, that access has been extended to two non-EPC members — an initiative, Lukes said, not fair to the other seven members of council and the citizens they represent.

“When I was on EPC, we would meet every Wednesday, and review reports before they went public,” Lukes said of the weekly, closed-door meetings that became known at city hall as “Informal EPC.”

“The department directors and experts in that area of the report being discussed would come to give us comprehensive deep briefings. We had the opportunity to ask questions, to discuss issues, and to get more information than what was written into the report,” the Waverley West councillor said.

“Sometimes, changes would be made in wording; sometimes, sections would be removed, and decisions would be made on how EPC would support and vote on the report. We also always met before council meetings to review issues that may have come up through other non-EPC member motions and the mayor would discuss if EPC would be supporting them or not,” she said.

“We would also meet to put the budget together — EPC members have incredible influence over what stays in and is removed from the budget, and what goes in whose wards.”

John Angus, a former member of Winnipeg city council from 1977-88 and 1992-2004, said EPC was deliberately kept (by legislation) as a minority on council to ensure the mayor secured the support of a majority of council to direct the agenda.

“If you’ve got (a majority) on EPC, then you really have control of the agenda,” Angus said. “Then it really doesn’t matter what the other four for five people on council have to say about anything because EPC have already decided.”

Brian Mayes has been a member of council since 2011, and an EPC member for seven years (the last two years of mayor Sam Katz’s term and the past five under Bowman).

Mayes said the “+2” concept originated in 2015, under the idea of a “budget working group” alongside EPC. It became routine the following year.

“It was an attempt to broaden out the discussion on the budget, but then it became a matter of habit,” the St. Vital councillor said.

The intrusion of two non-EPC councillors into what had been for years an exclusive gathering bothered Mayes initially, he said, explaining he saw it as a “dilution.”

“It certainly started as, ‘We will need more votes to pass a budget, so we’re going to get more people in the room at an earlier stage to talk about it,'” Mayes said. “You need nine votes to pass the budget anyway, so actually it was OK.”

No one on EPC complained about the two other councillors joining private meetings, he said, and there were no concerns raised by the new members about their exclusive standing.

“People who are being invited to meetings aren’t going to say they should be uninvited.”

Mayes said he didn’t give much thought to the legality or how the emergence of EPC+2 would affect the remaining councillors.

“When it first started, I certainly wasn’t wild about it… having more people in the room for the budget, but over time you get used to it,” Mayes said. “I don’t think the rules are being bent, but ultimately, the mayor’s office is proceeding in this way.

“If you could ever get everyone on the same page, that would be very productive, but it’s human nature that some people ideologically or by personality are on the outs and the line gets drawn,” he said.