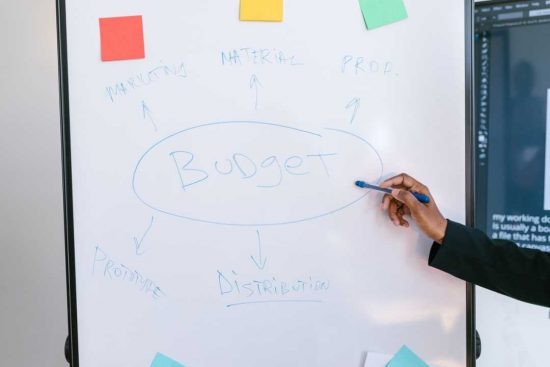 Winnipeg’s 2022 budget was approved Wednesday in a 10-6 final vote, after nearly half of all council members complained their input was largely excluded.

A list of amendments proposed by that “group of seven” was defeated, with the nine other council members rejecting it.

Coun. Scott Gillingham, finance committee chairman, said he reached out to all councillors to ensure their views were reflected in the 2022 update to the multi-year 2020-23 blueprint.

“I’ve consulted with all members of council on a regular basis throughout this process to determine their priorities, their goals, their requests and also their ideas for budget 2022,” Gillingham toldmedia.

“The call to use the city’s ‘rainy day fund’ to fund $300,000 to increase ward office budgets is just irresponsible. We’re in the middle of a pandemic, and we continue to utilize and rely upon our fiscal stabilization fund to help us through,” said Gillingham.

The budget critics also called for additional transit service, recreational spray pads, Point Douglas secondary plans and funding to renew Transcona parks, as well as a study on traffic and pedestrian improvements at the Winnipeg zoo.

Klein countered the requests were reasonable — and the proposed ward allowance hikes would simply help councillors keep up with residents’ demands.

The Charleswood-Tuxedo-Westwood councillor claimed it was inexcusable those elected officials who don’t sit on the executive policy committee weren’t part of thebudgetworking group, which he believes should include all council members.

While he confirmed meetings about the budget were held with non-EPC members, Klein alleged those sessions lacked budget details.

“To come in and simply want to say, ‘Well, what do you want to vote for in the budget?’ is not acceptable,” Klein told reporters.

Amid the heated council debate, Mayor Brian Bowman championed the financial plan as an important step toward Winnipeg’s post-pandemic recovery.

by the global pandemic while simultaneously providing a sustainable fiscal blueprint to support our growing city,” said Bowman.

Prior to the budget process, council expected a $43.5-million shortfall over the next two years, when compared to the original 2020-23 budget. That was largely due to $30.2 million in lost revenues and extra costs due to COVID-19, which couldn’t be offset by other savings.

But some council critics argue the financial plan restricts spending where it is needed most.

The budget includes about $2 million to support outreach to vulnerable Winnipeggers, such as those experiencing homelessness, operate public washrooms downtown and add staff to handle housing funding.

Santos said that’s not nearly enough. She noted the funding will only allow a public washroom that’s now under construction at 715 Main St. to operate for 12 hours a day, an amenity she believes is needed round-the-clock.

“That $2 million is just a drop in the bucket of a $1.2-billion operating budget,” she said.

Klein, Sharma, Nason, Eadie, Schreyer and Santos all voted against the budget.

Lukes was the only councillor who signed on to criticize the budget process to cast a final vote in favour of the financial blueprint.

“The strategic infrastructure plan will allow us to generate revenue. It’s my primary motivating factor in voting for this budget… I don’t think it’s a truly democratic process,” said Lukes.

The capital investments include $164.7 million to renew local and regional roads next year, partly funded through federal gas tax grants.

Wednesday’s vote on the $1.19-billion operating budget also finalizes a 2.33 per cent property tax hike, which will add $43 to the average homeowner’s bill in 2022.

The Winnipeg Police Service is still expected to find $9 million of savings next year within an overall $319.7-million capital and operating budget.