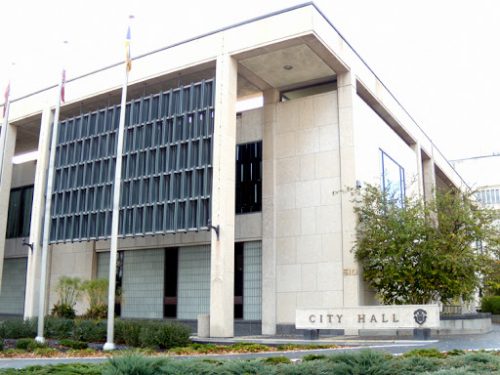 I use my website pages to primarily post information about LOCAL neighbourhood issues / concerns & activities. The main stream media does a good job of covering ‘City Hall’ issues for people interested in larger City issues. But in this blog, I would like to provide an overview of a downtown issue.

I’d like to provide  you with an explanation on why I voted against the ‘financial contribution being proposed’ to support the redevelopment of Portage Place. You may be aware a large multinational development firm – Starlight Investments is looking to purchase Portage Place Mall and  invest upwards of $400 million into a complete rehabilitation.  I am fully supportive of the proposed re-development  – and while I know it will not be the only solution to downtown challenges, the redevelopment holds great opportunity as the proposal is to increase housing in the downtown, provide community gathering spaces, along with many other excellent upgrades.

And I am supportive of the City providing a financial contribution – or ‘skin in the game’ – to ensure the  City is a partner, and at the table in this very important re-development project.  Again, I think this is a very good project, but the question is, how much of a financial contribution should the City provide. It’s important to note – this file has been with the Mayor and his acting Chief Administrative Officer since January to review Starlight’s request and proposal, and ultimately present a ‘recommended financial contribution’ to Council – which Councillors would then vote to either support, or not support.

How does this happen ?? Why does this happen ??  A lot of reasons – poor administrative leadership, lack of transparency, lack of collaboration, an outdated governance model that allows information sharing to only a few, and other reasons, but overall, poor political leadership by the Mayor.  The buck stops at the Mayor – the one who is elected to lead.  I am extremely disappointed in the lack of respect Mayor shows to Councillors but more importantly – the citizens they represent.  ALL Councillors should have information in a timely manner to review before a vote. Especially a vote on a $20 Million contribution of tax dollars.

These two radio interviews  – together – provide an excellent overview of the entire debacle.

SEVERAL city councillors are complaining of a rushed process that led council to narrowly approve a $20-million incentive for the $400-million redevelopment of the Portage Place mall.

Coun. Janice Lukes (Waverley West) said she lacked the time to seek details on how the city can afford the deal and why its contribution quadrupled from the $5 million supported by the executive policy committee.

Lukes said she didn’t receive a copy of the motion until 9:30 a.m. Thursday, the day council cast a final nine-to-seven vote in favour of it. She said that lack of notice disrespects the taxpayers she represents.

“My concern, mostly, was if I’m voting on $20 million of taxpayer money, committing the city to a long-term (working) relationship, I need to know (all the details) because my residents are going to want to know,” said Lukes.

On Wednesday, Coun. Cindy Gilroy (Daniel McIntyre) publicly shared a motion that increased the city’s offer to $11.3 million. Lukes said no explanation was provided for that increase or Gilroy’s final Thursday morning motion to offer $20 million.

Lukes said she supports the project, which would involve Starlight Investments create 500 housing units, almost 500,000 square feet of office and retail space and a 10,000-square-foot community space. But she called the city’s handling of the vote “horrible,” with Starlight officials stating even they hadn’t seen the city’s latest offer by the time they spoke to council on Thursday.

“It was concerning to me that Starlight … had no knowledge of the revised package increasing the level of funding prior to their opportunity to present to council. How could they possibly speak to the project fully, in the context of city funding, when they were not in the know of what the city was prepared to offer?” asked Sharma, in an emailed statement.

But Gilroy said her final motion was completed only shortly before it was shared with councillors.

Starlight has said it won’t proceed with the project unless the city, province and federal government each commit $20 million by Aug. 27, which Gilroy said created a need to act quickly.

“We do sometimes have to make tough decisions in this amount of time,” she said.

The offer includes an $11.3-million tax-increment financing deal, plus $8.7 million in targeted incentives.

Gilroy said she voted against holding a special August council meeting to handle the vote because she wanted to ensure all councillors were available to consider it, which is less likely during council’s summer break.

Starlight has said it is encouraged by the final offer but is still determining if the project is viable.

The province has committed an education tax rebate worth up to $28.7 million for the project, while the federal government is still reviewing its funding request.

Coun. Shawn Nason (Transcona), who requested the special August meeting, said a one-month delay would have given councillors more time to scrutinize the deal.

Mayor Brian Bowman wasn’t available for an interview on Friday.

In an email, spokesman Jeremy Davis said the mayor believes councillors did have enough information to vote.

“The mayor agrees that the lastminute nature of the report from the public service was not ideal… (but felt) there was enough information for council to proceed,” Davis wrote.