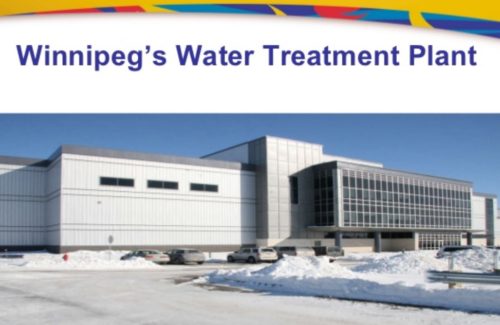 This has been a very difficult file in seeking accountability. Not for one second do I believe that in eight years, there was no ability for the Public Service to bring forward a formal report to any Committee informing Council that there were catastrophic failures at the Deacon Water Treatment plant.

I’ve written much about this file and posted on my website. Just this month we received a timeline of legal actions, an audit of the legal department (Report & Audit) to attempt to explain how the legal department missed the deadlines in filing an estimated $30M in legal claims for construction failures at the Water Treatment . This week the Standing Policy Committee on Water and Waste, Riverbank Management finally received the first official deficiencies at Deacon Water Treatment Plant report.

Again, I find it completely unacceptable that not one report had come to Council on the deficiencies over all these years.  I made a motion that was supported by committee members that we receive quarterly reports:
That the Standing Policy Committee on Water and Waste, Riverbank Management directed Winnipeg Public Service to report back quarterly to Committee with updates on the status, costs and timelines of the repairs of the deficiencies of the Winnipeg Drinking Water Treatment Plant listed in report of the Manager of Engineering Services, Water and Waste Department, dated . January 25, 2018.

On a closing note – it was also stated that there is no option available to the City to collect any monies through lawsuits due to the missed timelines. The Free Press story below provides a good summary.

Thank you to the Winnipeg Free Press for covering this story.

A group of city councillors demanded the administration provide a quarterly update on the status of the structural deficiencies at the Deacon water treatment plant. That was the outcome of Thursday’s meeting of council’s environment committee after the senior administration and staff at the water and waste department explained why councillors had been kept in the dark on the problems at the plant for eight years.

CAO Doug McNeil said his review of the situation found that as water and waste staff realized the severity of the structural problems at the plant, the legal department was compiling a case for a lawsuit, adding it would not have been appropriate to disclose the city’s case in public before the matter went to court.

“We don’t want all those details out there to give ammunition to the defendants about what their position might be,” McNeil told the committee. “That’s why we don’t put a report forward.”

The $300-million plant was described as the most technologically advanced facility of its kind when it went into service in 2009. It’s designed to remove micro-organisms from the city’s water supply, including cryptosporidium and giardia.

But by the summer of 2010, the roof was leaking badly, equipment had blown up and seized and parts of the facility had to be shut down.

The city launched a court case against the construction firms involved in the project in December 2015 but the case fell apart when a judge ruled the city had missed the deadline to take legal action.

A city lawyer was fired in September and an administrative report last month put the entire blame on her, alleging she had misled superiors on the court filing deadline when she actually had done no research.

The fired lawyer has subsequently launched a wrongful dismissal suit.

Former Coun. Garth Steek addressed the committee, calling for an external audit into why the administration had refused to inform council about the problems and to explain why there are conflicting dollar amounts on the costs to repair the plant. “From March of 2010 until December 2015, there is absolutely no communication,” to the committee overseeing the water and waste department at the time, Steek said. “It’s almost inconceivable that there’s been no communication from the bureaucracy to the (councillors) on what’s gone on here.” Steek said he can’t believe that the plant roof has been leaking since 2010 without anyone determining a cause for the leak.

Coun. Janice Lukes, who signed off on the 2015 lawsuit in her role as the former chairwoman of the public works committee, said the administration could have been provided general information on the plant conditions to councillors that would not have jeopardized the lawsuit. Lukes said at the very least committee chairmen should be briefed on outstanding issues when they take on new roles. Lukes had been appointed chairwoman of the committee the year before, following her victory in the 2014 election.

It was Lukes who called for the need for quarterly reporting on the plant, which the committee unanimously supported.

McNeil said staff told him that in February 2013 staff briefed former mayor Sam Katz, former Coun. Dan Vandal, who chaired the committee overseeing the department at the time, and another unnamed councillor, on the structural problems at the water treatment plant. Vandal told the Free Press in December that he had never been briefed on the problems at the plant.

McNeil said that when the lawsuit was first drafted, in December 2015, staff placed the estimate of damages at $30 million, adding that was a worst-case scenario that has since been scaled back.

McNeil said a more realistic cost implication is in the $6- to $20-million range.

“Overall, the processes were followed as they were intended and as we do on every construction project,” McNeil said. “There was nothing of surprise here except that we did have some pretty big issues when it came to (structural) deficiencies.”