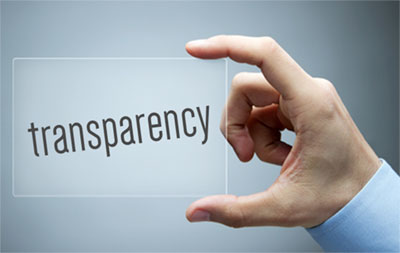 On June 21, 2017, my Motion requesting administrative reports be available publicly a minimum of four business days before Committee meetings was debated at the monthly City Council meeting.  Ultimately, my Motion passed, but the Public Service will first be studying the issue and preparing a report, and aiming for information to be available to all Councillors by January, 2018.

Councillors require good information to make decisions, to best represent the citizens of Winnipeg, and to ultimately determine how tax dollars are spent.  It’s simply logical, and in an era of openess and transparency, this change should lead to better and more timely access of information at City Hall.  What isn’t logical is why we had to have a lengthy debate about access to information at City Council in order to make this change.

St. Norbert Coun. Janice Lukes left city hall Wednesday knowing she was able to change the rules, even though the change won’t happen until January, 2018.

Lukes (South Winnipeg-St. Norbert) was successful in convincing council to support a change in the city’s procedure bylaws, ensuring department reports are published four business days before a meeting. But the change won’t happen until the administration does a study and report on the impact.

The reporting schedule won’t go into effect until January, 2018 as a result of an amendment from Coun. Matt Allard, whereas Lukes wanted it to happen in October, 2017.

“It’s is a victory for sure — for years there has been poor information sharing amongst council,” Lukes told the Free Press following the debate on the council floor. “I feel we have moved a mountain, though the mountain won’t move till 2018, hopefully.

Under the current rules, agendas and reports are released publicly 96 hours before a meeting, which includes weekends and holidays. Lukes wanted it changed to four business days, arguing there’s not enough time for councillors and the public to read and prepare responses, especially since the 96-hour window included weekends and holidays when directors are even harder to reach.

Lukes had tried, and failed, a month earlier to get better access to department heads for all members of council.  Lukes and some other councillors said Mayor Brian Bowman and those on his executive policy committee get advance briefings on contentious department reports, while non-EPC members struggle to get the same information.

Lukes still can’t believe the effort it took on her part to convince a majority of council to support changes that would ensure better and timely access to information for all members of council.

“Probably the absolute most shocking and really disheartening aspect is that it took this tremendous amount of pressure to get the mayor, a lawyer nonetheless, to support a request to share information to all councillors so we can all make better, well-informed decisions for the City of Winnipeg,” she said.