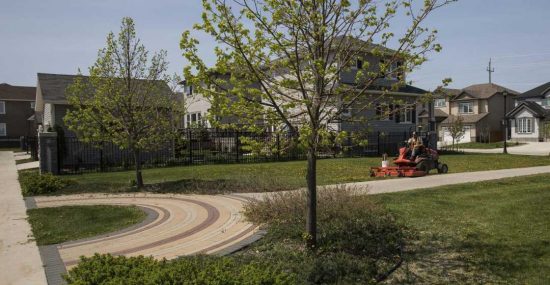 I am not part of the Mayor’s Budget Working Group. I have made it very clear to his group, as has Winnipeg Fire Paramedics Chief Lane, that the Waverley West fire response times are almost double the national average and this is not acceptable.

I do not know if the Mayor’s Budget Working Group is including funding for a Fire Hall into the four-year projected budget that they are crafting. Almost half of the Council is not directly part of developing the four-year budget.  I will not know until the budget is tabled to the public on March 6th

I strongly believe because Waverley West residents are contributing to this fund, and because the fund is to assist with the costs associated with accommodating and managing growth and development, the Mayor’s Budget Working Group should access a portion of the $10,259,521.00 to construct a Fire Hall.

The  Chair of Finance, Mayor, and some members of the Council feel the City should wait till the lawsuit is settled before any funding is distributed. This could be years as most certainly, decisions will be appealed, and more time will pass.  At any given time the City’s legal team is dealing with multiple lawsuits and business does not stop. The City sets aside reserve funds for unanticipated costs.

I think it is irresponsible to allow continued growth, the collection of taxes, and not provide basic fire protection to the residents of Waverley West.  I encourage you to contact the Mayor’s Budget Working Group to also express your concerns.

Winnipeg should risk spending some of its contentious impact fee revenues on a new fire hall for Waverley West, the area’s city councillor says.

Coun. Janice Lukes said Friday she’s concerned lives could be lost if a facility is not built soon. The southwest Winnipeg neighbourhood now contains a larger population than Brandon, yet doesn’t have a fire station within its borders, and there’s no guarantee the upcoming 2020-23 budget will change that, she said.

“I’m absolutely hoping that they would consider this in the budget process. I have to do everything I can,” said Lukes.

It’s worth claiming some of the levy’s revenue for a fire hall now, even if an ongoing legal challenge forces the municipality to later return those funds, she said.

The City of Winnipeg has roughly $29.7 million in its impact fee reserve, but has not spent any of that revenue, as local developers have launched a legal challenge seeking to quash the fee entirely. Lukes said $10.2 million of the overall revenue was raised on new construction in Waverley West, and is suited to be spent on emergency service infrastructure.

“I really feel that some of this funding… should go towards a fire hall. This is money that’s just sitting there,” she said, adding she is also open to other funding sources for an area fire station.

A legal case launched against Winnipeg’s impact fees, also known as growth fees, is expected to move forward later this month. The Manitoba Home Builders’ Association and Urban Development Institute aim to prove the city lacks the authority to charge the fee.

Supporters have argued the city needs to charge growth fees to ensure new development pays for its demands on services and infrastructure; developers insist fees and taxes on new builds already cover those costs.

Coun. Scott Gillingham, finance committee chairman, said he’s open to discussing the issue within the 2020-23 budget process; however, he’s concerned a court could overturn the levy and force the city to return the money.

“That’s been my reluctance to access the impact fee reserve fund… (though) I think it’s fair to have a discussion,” said Gillingham (St. James).

It’s too soon to say if the city’s next budget will provide any funding for a Waverley West fire hall, he said.