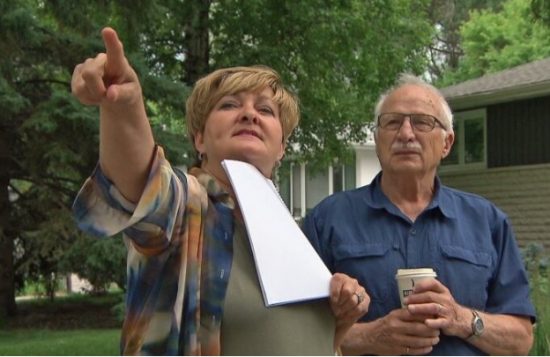 Thank you to Katie Nickoson and CBC National for this very comprehensive report on illegal rooming houses.

There have been at least 532 rooming house fires across Canada leading to 47 deaths in the past five years, based on the best available numbers from provincial jurisdictions that track them.

Finding solutions to illegal rooming houses and the dangers they pose to the people who live in them is a job that often falls to municipalities, and it is forcing some city councillors to get creative.

“It’s like whack-a-mole,” Lukes said. “You shut it down, they go somewhere else and another one pops up, or then they come back. Then you’ve got to send the bylaw officer out.”

The University of Manitoba sits squarely in her Waverley West ward. While it’s an economic generator, it has also generated a major safety problem as students crowd into roughly converted family homes, pushing the number of occupants well beyond the fire code’s limits of capacity.

Lukes has many stories about crowded or unsafe living conditions.

“This one here is a rooming house. It has, oh I don’t know, there was up to seven students in it at one point,” Lukes said, pointing to small bungalow at the end of of a tree lined cul-de-sac.

In another case, she says, “there were three girls in the basement, the stove caught on fire … right at the bottom of the stairs. Fortunately, nothing happened, they all got out. There were tenants upstairs. The challenge, when you have many people living in a house that don’t know each other — when the firemen come, you know, how many people were in the house? No idea. We don’t know.”

There were 107 rooming house fires in Winnipeg between 2014 and 2018, resulting in five deaths and 34 injuries, with another 11 fires recorded elsewhere the province.

Communities across the country are grappling with similar issues around unsafe housing. In March, CBC News requested rooming house fire data from all territorial and provincial fire officials:

No rooming house fires were recorded in PEI or Northwest Territories in the past several years.

British Columbia’s Office of the Fire Commissioner said it does not track rooming house fires, nor does the Public Safety Agency in Saskatchewan.

Yukon and Nunavut did not respond to the request for information.

Lukes was elected to Winnipeg council in 2014 and decided to tackle the problem of rooming houses by marshaling the powers of the city. That meant getting various departments, which had previously been working in silos, on the same page.

Once she was getting hard data on calls, complaints and inspections from all departments, a fuller picture of problem addresses and landlords emerged.

From there she developed a ground game to crack down on unsafe housing.

It’s a community effort with some unusual players in vital roles. Among them are volunteer street captains who keep an eye on neighbourhoods and look for landlords not following the rules.

“We have a grandma, a retired grandma who sits on Kijiji and she looks for ads posted,” Lukes said.

“She knows the neighbourhood very well, she’s lived here all her life, and she has bad hips so she sits on Kijiji and helps me out. So she’ll take a screenshot of the ad and we’ll clearly see, you know, five rooms, $500 each.”

International students are particularly vulnerable, Lukes said. Often there are language barriers, they don’t understand Canadian safety codes, and they are afraid to rock the boat because being students is part of their pathway to eventual Canadian citizenship.

Working with the University of Manitoba, Lukes ensures pamphlets on housing safety are translated into many languages and distributed through the student centre.

She also helped to green-light more infill housing, and new apartment builds with a required number of low-income rental suites tailored to the student market, leading to the creation of 1,000 new units in the city.

Lukes suggests a special fix for rooming house landlords who keep breaking the rules: report them to the Canada Revenue Agency.

“Lots of landlords ask for cash payments,” Lukes explained. “Landlords don’t declare it. So we’ve been encouraging people, if they see a lot of rental activity going on, maybe just call the Canadian Revenue Agency. Let them deal with it.”

Longtime councillor Gord Perks said every rooming house in the textured west Toronto neighbourhood is accounted for and licensed, which means each one is inspected annually.

Perks said he’s hoping that as early as next year, the model in his ward will be adopted by the rest of Toronto, where he estimates there are 25,000 to 50,000 people living in illegal rooming houses.

Parkdale had a big rooming house problem in the ’70s and Perks said the community managed to bring 100 rooming houses into compliance over a 10-year period using what he calls “sort of a carrot and a stick” approach.

“We said if you bring your rooming house up to our standard, we will tax you at a regular residential rate rather than at a commercial rate. So there was a tax benefit for the owner to come in. But if you don’t, we’ll come in and close you down.”

And that system is important to Perks, who defends rooming houses as a benefit to  neighbourhoods.

“People worry that rooming houses bring problems. To my mind, they actually solve problems. They take people who are maybe street-involved and can’t find housing somewhere else, [and] give them a secure place to live.”

The parents of Alisha Lamers, who died in a 2013 Toronto rooming house fire and who are this week facing the landlord in a civil court, believe their daughter would be alive if the measures taken in Parkdale and Winnipeg were in place back then.

“Each time you sign a lease for a rental … it should come with a certificate which tells you that this has been inspected and it’s a safe environment to live in,” Moore said.

“They should be educated on what is considered a safe home. Having two exits, not having bars on the windows where you can’t get out, having adequate windows that you can get out of. All of these things — young kids don’t think about things like that.”

Back in Winnipeg, Lukes finds herself in another game of whack-a-mole.

She wanted to point out one of her success stories: a house where fire inspectors counted 15 mattresses. The landlord was told to make changes and evacuate the premises, but he appealed the decision.

“[He] came to city hall and said … ‘this is OK. I’ve got fire extinguishers in there, it’s no problem.’ And no, it is a problem,” Lukes said.

Then a car pulls into the driveway and a student steps out. Lukes introduces herself and starts asking questions, and learns the single-family house is once again filling up with student renters.

She shrugs her shoulders.

“Here we are today, talking to a student and there’s seven students living in there. So like I said, it’s a game of whack-a-mole,” she said with a rueful laugh.