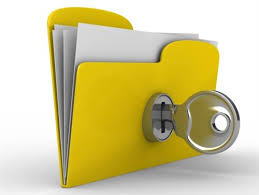 To kick start international Right to Know Week, Mayor Brian Bowman today announced that, on a go-forward basis, public information released by the City through Freedom of Information and Protection of Privacy Act (FIPPA) applications, along with additional proactively disclosed civic government documents, will be published online and accessible to everyone.

Through today’s announcement, the most requested FIPPA information, and additionally, all eligible documents released in part or in full to FIPPA applicants, will be published monthly to the Access to Information: Released Records section on the City’s web page for free public access. In 2015, over 82% of FIPPA applications received by the City have been granted in whole or in part. Of the instances where information has been withheld, 97 per cent were required by law or to protect individuals, public safety, law enforcement, or security of property. Use of FIPPA discretionary exemption Section 23: Advice to a Public Body, has reduced 75 per cent since 2014, under Mayor Bowman’s leadership.

“By proactively disclosing all of the information we can to the public, we are demonstrating our commitment to ensure access to civic government public documents has become the default, rather than the exception,” said Mayor Brian Bowman. “The public has a right to know and I am proud that the City Clerk’s department and public service have collaborated to take the important steps to continue building a more open and transparent City for our citizens.”

City Council, on September 30, 2015, will also consider a by-law amendment to centralize responsibility for access to information and protection of privacy. The Chief Administrative Officer is also preparing to release a corporate-wide Access to Information and Protection of Privacy Administrative Standard to formalize the City’s commitment to openness and transparency throughout the City of Winnipeg, and to provide clear roles and responsibilities for meeting the City’s requirements under access and privacy legislation.

About Right to Know Week:  Each year on September 28, approximately 40 countries and 60 non-governmental organizations celebrate Right to Know Day. The purpose of Right to Know is to raise awareness of an individual’s right to access government information, while promoting freedom of information as essential to both democracy and good governance.

About Mayor Brian Bowman:   Mayor Brian Bowman is dedicated to addressing the issues that are priorities for Winnipeggers. He is committed to building a City Hall that works: with an open and transparent City Hall, a growing, thriving more modern city that we are all proud to call home, and a city that receives its fair share through a funding model that works as we grow.