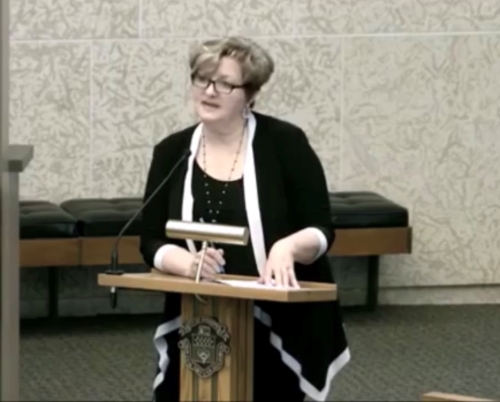 For those of you interested in the process where Councillors are provided an opportunity to offer input into how your tax dollars are invested, feel free to view or read my comments to the Mayor and his Executive Policy Committee.  All Councillors are passionate about our City – this is a role that has many ups and downs, and you have to have passion to persevere. I strongly believe all Councillors should be able to participate in the development of the 2019 budget and have meaningful input into how your tax dollars are invested. Currently we do not have a process in place that allows that. I believe this governance model needs to change enabling all Councillors equal participation. 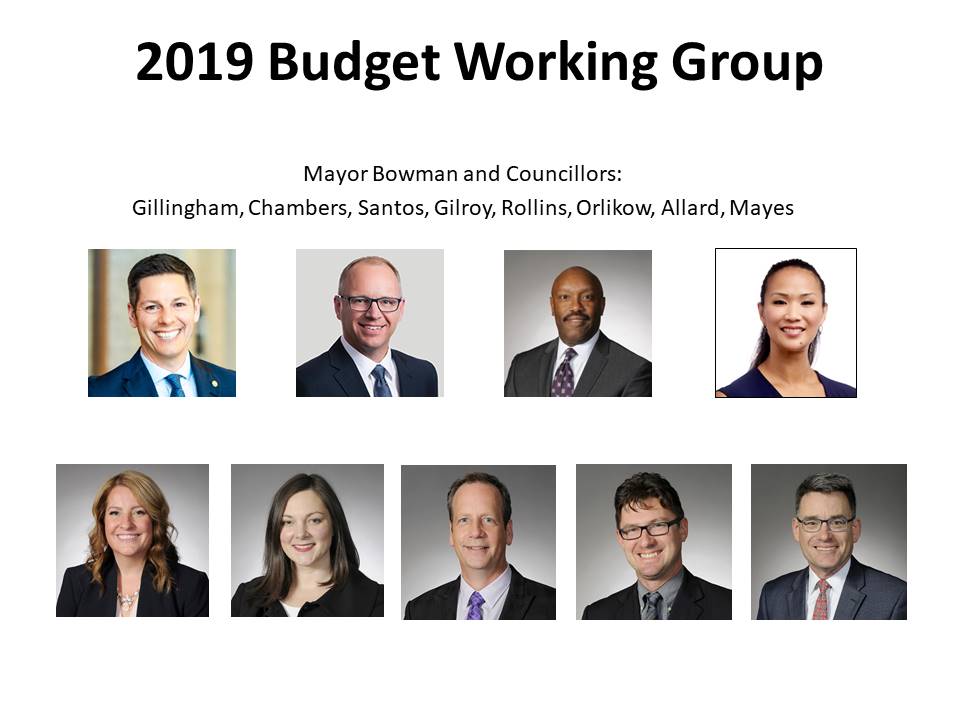 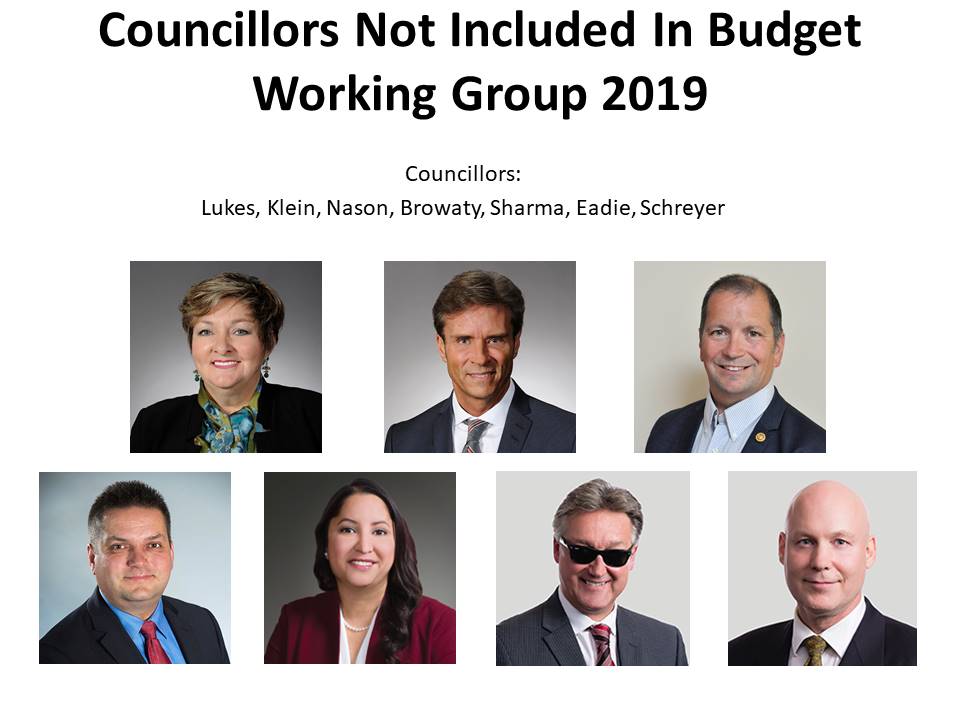 Thank you Mr. Mayor and Members of Your Executive Policy Committee for the time and effort you have invested into drafting the 2019 City of Winnipeg budget – I know it is a significant commitment of time and hard work.  I have presented these comments to three other Standing Policy Committees in the budget process and now I will present to you.

By providing good information, analysis, and input, we can expand on the conversations this city has about its priorities;

This Council has diversity, we have gender representation, we have people passionately committed to improving the quality of life for all Winnipeggers and we have the life and career experiences each Councillors bring to the table.

Today we are here to move the budget along.  A budget crafted to support the direction and priorities of the City for 2019 – and to lay a direction for the upcoming five years.

We don’t do a strategic planning process – which IMO – is a travesty – but instead – we allow the BUDGET PROCESS – to set the direction and priorities for the City. The budget essentially is the purpose of why we are here – everything we do every day – every decision we make – is tied to the budget in some form or another.

But Mr. Mayor and EPC – I believe the BUDGET PROCESS used to set the direction and priorities for the City is fundamentally flawed.

The process is over 20 years old and is in dire need of an overhaul.

The BUDGET PROCESS did not draw on the input of the 15 Councillors who were elected to represent their constituents – it was crafted by 8 Councillors and the Mayor.  Virtually half of the elected Councillors – representing 350,000 citizens had almost no input or influence in how citizen’s tax dollars were being invested.

I ask you – how is this COLLABORATION – when there is so much talk about COLLABORATION – and criticism that some are not willing to collaborate.  When everything we do – every day – is related to the budget process where 8 democratically elected Councillors are not allowed to participate – to collaborate – I tell – the process is wrong and goes against everything many of you stand for.

We are not party based here at the City of Winnipeg – each Councillor is democratically elected – or acclaimed to represent citizens.

For sure non budget working group Councillors had a couple hours with the Mayor and Finance Chair to discuss any issues – BUT those few hours hardly compare to the countless hours, days and weeks all of you invested, and time had in the crafting of the budget.

And I believe is clearly lays the foundation for an “us vs them” environment – which results in a NON COLLBORATORY process to follow.

Citizens of Winnipeg elect 15 Councillors and a Mayor to represent them at City Hall and to ensure value for their tax dollars.  When we are ALL not at that table deciding or weighing in on how those tax dollars are invested – how can we be accountable to our citizens?

This meeting today is for non-budget working group members of Council – and the public – to make any recommendations of change.

It’s virtually impossible to properly bring forward any form of policy recommendations and changes to you at today’s meeting.

It is impossible to scrutinize how our citizen’s tax dollars are being invested.

When you are part of the working group – you are rewarded – you’re rewarded with the ability to gain weeks of knowledge, have influence over citizens tax dollars- and influence over where & how they are invested within the city.

In today’s day and age – citizens are demanding more and more openness and transparency from elected officials – its high time we change this BUDGET PROCESS so that all Councillors are part of crafting the budget and are accountable for citizen’s tax dollars.

Every single Councillor brings value – this current BUDGET PROCESS does not allow our City to be the best we can be.

I do believe we all recognize its time for a change – but it takes leadership to make change.

I’m not sure where that leadership lays – hopefully in each of you.

I’m asking you to be a leader- push for that governance review to start – and let’s bring not only our BUDGET PROCESS but ALL decision making and information sharing processes into the 21st century.

I also ask that you: