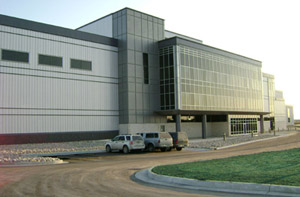 On September 18, 2017, City Council received a 45-minute briefing on the City’s failure to meet deadlines regarding legal claim(s) involving the Deacon Water Treatment plant and compensation for deficiencies in the design and/or construction of the plant.   Following the meeting, I and other Councillors had many unanswered questions.

On September 27, 2017, at the monthly meeting of City Council, Councillor Wyatt and I brought forward a Motion requesting a detailed chronology of actions pertaining to this matter.   SEE the Motion for full details.

It’s very concerning to me in this so called era of “openness and transparency” that a Motion needs to be filed in order for all City Councillors to receive detailed information. In my opinion, limited access to information under City Hall’s current governance model negatively impacts effective decision making as well as the value of taxpayer dollars.

This matter stems back to December 2015, when the City launched a legal action against contractors and engineering firms over serious structural and design problems at the Deacon water treatment facility, constructed in 2009.  The suit alleged numerous problems with the facility, and the City was intending to recoup monies in the range of $20 to $30 million for the repairs.

The City of Winnipeg had six years to initiate litigation, but critical timelines were missed by the City’s legal counsel.  As a result, the legal action did NOT proceed.

My thanks to the Winnipeg Free Press and Winnipeg Sun for reporting on this.

After the City of Winnipeg recently missed a crucial deadline to file a multimillion-dollar lawsuit against construction firms over botched work done at a water-treatment plant, its legal services department has been directed to review all pending cases to make sure it doesn’t happen again, Mayor Brian Bowman said Wednesday.

“I’m not happy with the performance of this department, as it relates to this matter,” he told reporters.

Some city councillors want an explanation of what happened.

A motion filed at Wednesday’s city council meeting by Coun. Russ Wyatt (Transcona) and Coun. Janice Lukes (South Winnipeg-St. Norbert) asks the administration to report back with a “detailed inventory of all administrative actions or inactions pertaining to the statements of claim involving the water-treatment plant, including the events surrounding the City of Winnipeg’s failure to meet legal deadlines involving the compensation for deficiencies in the design and or construction of the plant.” It wants the report given to council for consideration at its Nov. 15 meeting. The motion was referred to the executive policy committee.

On Tuesday, a statement from Bowman’s office said: “The mayor believes this is inexcusable and has been advised by the city’s (chief administrative officer Doug McNeil) that the individual was held to account and is no longer an employee of the City of Winnipeg… It is disappointing to see a case of this magnitude dropped due to human error.”

Two councillors are seeking a detailed report on exactly how the city missed a critical deadline for a multi-million dollar lawsuit.

The missed deadline cost the city its chance to sue for up to $20 million because of building woes, including leaks, heaving roofs, failing generators and explosions at Winnipeg’s $300-million water-treatment plant. The city had alleged the problems resulted from construction deficiencies.

The city’s chief administrative officer has already fired a city lawyer over the issue.

Councillors Russ Wyatt (Transcona) and Janice Lukes (South Winnipeg-St. Norbert) raised a motion Wednesday to call for a detailed chronology of events and administrative actions that led up to the missed deadline in time for consideration at council’s November meeting.

“There’s a lot of questions we need answered and this is a huge amount of money,” said Lukes. “The bottom line is how do we make sure this doesn’t happen again?”

A lawsuit ended last week following the missed deadline and Mayor Brian Bowman said the termination of the lawyer involved was necessary.

“An error of this magnitude is inexcusable to me,” said Bowman.

The motion to study the incident was referred to council’s executive policy committee on Wednesday. While Bowman wouldn’t yet commit to vote for it, he said has requested more detail on the matter.

“One of the things our office has asked for is … that legal services review any other ongoing lawsuits to ensure that we don’t learn about a similar issue happening on another matter,” he said.

“Once they’ve undertaken that review, if there’s additional steps that we can take, that obviously is something that I’m very open to,” he added.

The problems aren’t believed to affect the actual treatment of water.