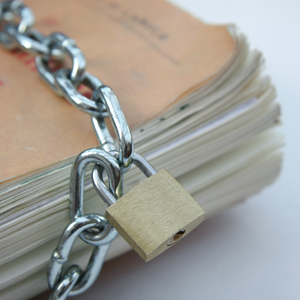 Of all the blogs I’ve been writing since being elected in 2014, please find the time to read this one in detail. It highlights how information to make informed decisions on behalf of Winnipeg tax payers is being restricted at City Hall.

I welcome your questions and comments – email me at jlukes@winnipeg.ca

On April 6, 2017, when I met the CAO, I was told that within the 96-hour timeframe of reports being released:

Thank you to the Winnipeg Free Press for covering this very important initiative.

Lukes is bringing a motion to today’s council meeting to require senior officials comply with requests for meetings with councillors who have questions about administrative reports before a committee meeting.

“If people understood how we get information, how we’re restricted from asking questions, then they’d understand why some of the questionable decisions were made in the past,” Lukes (South Winnipeg-St. Norbert) said.

Council’s current policy is to release administrative reports and committee agendas 96 hours before a committee meeting occurs, but that window includes weekends and holidays. Lukes said that doesn’t provide enough time for councillors to study the many reports released on the same day and get answers to questions.

Compounding the short timeframe of the 96-hour window, Lukes said councillors are prohibited from meeting with directors and senior managers about any issue during that time, adding councillors are only allowed to telephone a director to ask questions about a report on a committee agenda.

“I personally don’t believe this process makes for good decision-making abilities. How am I going to make an informed decision when I can’t get answers to my questions?” Lukes said.

Lukes’ motion calls for council to direct CAO Doug McNeil, civic directors and senior managers to meet with councillors when requested to discuss administrative reports during the 96-hour period and at any other time as well.

Lukes said she was recently told by McNeil councillors can only telephone civic directors during the 96-hour window to discuss an administrative report that is on a committee agenda. No personal meetings are allowed, and she’s prohibited from trying to book a phone interview for that period, she said.

“These directors are busy, and heaven help me if they’re in a committee meeting during that 96-hour window. There’s no guarantee I’ll get through to them and no way for me to get the answers I need.”

A spokeswoman for McNeil would not disclose when the prohibition against meeting with directors was put in place, but said McNeil believes committee meetings are the most transparent and appropriate setting where questions can be put to the administration.

Lukes, first elected in 2014, said having spent her first two years on council as a member of Mayor Brian Bowman’s executive policy committee, she now shares the frustration of non-EPC councillors who complain about information being withheld from them by senior administrators and better understands how controlling information can determine the outcome of a council vote.

“The last thing they really want is for councillors to come (to committee) and ask questions of directors. Those committees make policy, but I can’t get the information I need to make input into how that policy is determined,” she said, noting EPC members would get to see important or controversial administrative reports as early as two weeks before they were made available to non-EPC members and posted on the city’s website. In addition, EPC councillors spend every Wednesday grilling senior administrators about those reports and receive detailed background briefings.

“This is all about governance and the current model here is totally dysfunctional,” Lukes said, adding she supports Coun. Russ Wyatt’s proposal for a comprehensive review of the civic governance model and the reporting relationship between senior administrators and elected officials.

“Governance is not selfie material, it’s not ribbon cutting, but it’s the foundation of how city hall operates, it’s how we form the basis of the decisions we make,” Lukes said. “People will say, ‘It’s been this way forever,’ and I would respond maybe that’s why some of the decisions that were made were made that way because people aren’t informed. They’re not given a chance to ask questions. They’re not given the opportunity to do their work.”

WHEREAS Clause 10(3) of the Procedure By-law No. 50/2007 states the agenda of each regular meeting of a committee and all supporting material shall be provided to the members of the Committee and the public at least 96 hours preceding the committee meeting;

AND WHEREAS often an agenda item can be very complex in nature and can include not just one but multiple appendices that may raise questions and potential concerns;

AND WHEREAS on April 6, 2017 Mr. Doug McNeil, Chief Administrative Officer for the City of Winnipeg,  advised Councillor Janice Lukes that he would not allow any meetings with senior Directors or senior Management of the Public Service to address any questions or concerns on reports being published in the 96 hours proceeding a committee meeting;

AND WHEREAS the fundamental basis of decision making for Councillors in the City of Winnipeg is based on the report system and administrative recommendations made in the reports;

AND WHEREAS the decision made by Mr. Doug McNeil to deny Councillor Lukes and any member of Council access to a senior Director or senior Management of the Public Service restricts the fundamental ability of an elected official to make informed decisions on behalf of their constituents and of all Winnipeggers;

AND WHEREAS this Council is attempting to increase the openness and transparency, and access to information within the City of Winnipeg to enable better governance, decision making procedures and use of tax dollars;

THEREFORE BE IT RESOLVED THAT Council immediately direct the Chief Administrative Officer and all senior Directors and senior Management of the Public Service to always accommodate and meet with a member or members of Council,  cooperatively providing all necessary information to the elected official(s) in said meeting, and answering all questions within the 96 hours proceeding a committee meeting.

THEREFORE BE IT FURTHER RESOLVED Council immediately direct the  Chief Administrative Officer and all senior Directors and senior Management of the Public Service to always accommodate and meet with a member or members of Council,  whether or not the concern is on any agenda and facilitate in a timely manner.