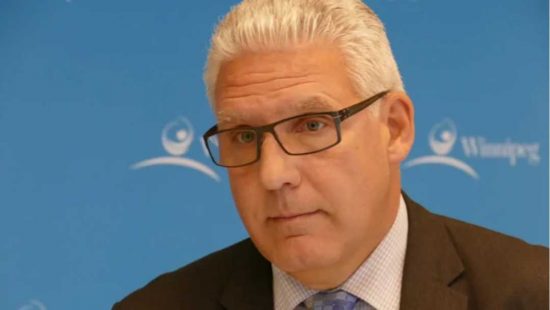 Thank you to CBC Manitoba and Sean Kavanagh for covering this very important issue:

The search for a new chief administrative officer for the City of Winnipeg, which has now stretched on for more than a year, has paused twice — and it could take months more to find a replacement.

The previous head of the city’s civil service, Doug McNeil, announced his plans to leave in February 2019 and stepped down from the job in May that year. Former chief financial officer Mike Ruta has covered the role on an interim basis since.

A Winnipeg-based executive search firm, Harris Leadership Strategies, was hired in May 2019 to find a new CAO.

In December, Mayor Brian Bowman said the results of the search were inadequate, and announced the committee struck to find McNeil’s replacement “was concerned with the lack of diversity among the recommended candidates.”

“It was all men on the short list,” Bowman said.

The search committee, made up of Couns. Matt Allard (St. Boniface) and Sherri Rollins (Fort Rouge-East Fort Garry) — both of whom are also on the mayor’s executive policy committee — along with Couns. Ross Eadie (Mynarski) and Devi Sharma (Old Kildonan), plans to meet next week to restart the process.

That will likely involve trying to find a new executive recruitment company to find new candidates.

An associate professor at the University of Manitoba’s Asper School of Business says while she can’t comment on the time it’s taken to find a new CAO, diversity among candidates would be a pretty good reason to refocus the search.

“It’s very important,” says Suzanne Gagnon, who holds the school’s Canada Life Chair in leadership education and is the director for the James W. Burns Leadership Institute at the U of M.

“So I think it’s quite appropriate for the city to have gone back and said, ‘we want to diversify the pool of people that we’re able to choose from for this very important position.'”

The argument there aren’t qualified candidates who are women, or represent Indigenous or other cultural groups, “doesn’t really hold up” when you look across sectors of the economy, she says.

“It’s a question of good recruitment, good selection processes, and a very concerted effort to move to certain areas where they might not normally go.”

In December of 2019, Bowman said the search would be paused until the city completed its first multi-year budget process. That budget was delivered in March of this year — by which point the hunt, according to Bowman, had hit another obstacle.

The onset of the COVID-19 pandemic, which affected everything from bus service to city recreation, also stymied the leadership search, the mayor says.

“In the intervening months, we were facing a pandemic which had washed up on our shores,” Bowman said in an interview earlier this week.

In the meantime, the civil service has been led by Ruta.

“Mike has been providing very strong leadership,” Bowman said. “If you just look at the results of the efforts of the public service to respond to a very demanding situation [the pandemic], I think he’s been doing really good work.”

Ruta has a contract with the city paying him $259,783.84 per year in his temporary position. He has the option to return to the role of chief financial officer after a new permanent CAO is hired.

Waverley West Coun. Janice Lukes acknowledges Ruta has been effective in steering the city through the rocky financial shoals of the health crisis, but says the job is a permanent position and the bureaucracy needs “a captain of the ship.”

The process has been delayed too long, Lukes says.

“It causes me concern because there’s lots of internal challenges,” she said, including a “lack of horizontal communication [and] incredible amounts of time being used up on things that really aren’t requiring that much time, that need a decisive answer.”

Lukes says disfunction within the civil service goes back a number of years, and fresh leadership is needed.

“The machine is not running internally in the city. In my opinion, it hasn’t been running for the last five [years],” she said.

“I don’t think people realize the significance and importance of having a good CAO.”

At this point, Mynarski Coun. Eadie says the search committee will “have to start all over again,” and the search will probably take months.

“We do need to get moving quickly on this,” Eadie said in an interview, but added he wants to find a leader for the civil service who brings a balanced approach to managing services for residents.

“I want to see an administration led [by the new CAO] that cares about the public interest, not just the corporate interest.”