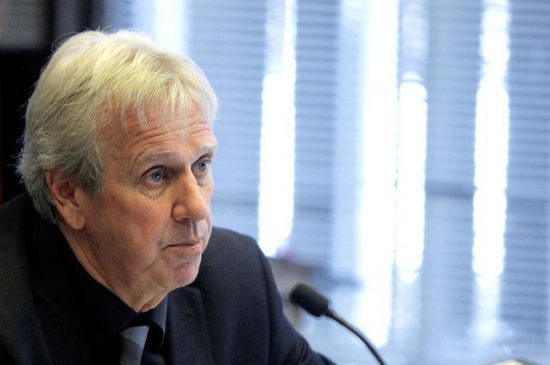 Following the July 15th Property and Development, Heritage and Downtown Development meeting, it is still unclear when the report will become public. You may recall I requested a Public Report (full investigation) on April 8th, 2019.

The head of Winnipeg’s planning department says he had “no clue” city inspectors weren’t doing their jobs, and trust with his employees is gone.

John Kiernan, City of Winnipeg director of planning, property and development, told a council committee Monday even though he had worked in the department for 20 years, “I had no clue on this matter and to the damage that these individuals were doing. Did I think anything like this was underway? No.”

He said the department is committed to letting the public know: “If you don’t do the job you are asked to do and you take a salary for, there are consequences.”

Kiernan delivered his remarks near the end of a 35-minute presentation to councillors on the property and development committee, which oversees the department’s activities.

It was a follow-up to an unscheduled presentation last week to Winnipeg Mayor Brian Bowman and members of the executive policy committee by Angie Cusson, the city’s director of human resources.

Cusson announced an internal probe into the building inspections division had thus far placed three employees on unpaid leave, pending the conclusion of the investigation, while three others had left the city’s employment (two quit, one retired).

The probe was prompted by a Free Press report in April of covert surveillance of building inspectors staff conducted by a private investigations firm hired by a group of anonymous citizens. The Free Press story included video and surveillance notes on the inspectors, which showed many of them did little work and spent hours on long coffee breaks, long lunches or running personal errands.

The citizens group, which remains anonymous, said it was motivated by frustrations in dealing with the inspectors. The group eventually turned over the surveillance material to the city last month, in exchange for $18,000 — the amount it previously said had been the cost of the investigation.

Kiernan told the committee even though he had been with the department for 20 years — the last three as director — he was totally unaware of the severity of the workplace abuses by some building inspectors.

“Trust has left the room,” he said of the relationship with department staff. “There is an employer-employee relationship of trust — that has been broken.”

“When you run a big ship, you have to run it tough. I think it’s weak leadership that causes all this looseness,” Lukes said. “I was shocked (at Kiernan’s statement). I guess everyone has a different management style, but he’s worked in the department for 20 years and now he’s in charge.”

Coun. Sherri Rollins said she was less concerned as to how the bad habits were allowed to develop but wanted assurance from Kiernan steps would be put in place to have the building inspections division functioning properly.

“Winnipeggers are less interested in how the sausage is made than outcomes,” she said.

“When you look down deep, the inspectors knew they could get away (from their jobs),” said Prystanski, a former city councillor. “I find it incredulous that a supervisor could not have known, and I’m hoping the report, when it comes forward, it addresses that.”

Kiernan said operational changes tightening workplace procedure were put in place within 24 hours of the initial Free Press report. Other changes will be put in place over the next two weeks, he said, with monitoring and assessments over the summer.

Kiernan said he’ll give an update report to the committee at its Sept. 4 meeting.

Results of the four-month-long internal probe by staff from labour relations and the human resources department will be presented to the office of the chief administrative officer Friday — but the public may have to wait up to 30 days before a version is made public.

The city is currently without its top public servant, as former CAO Doug McNeil retired May 24.

A search committee has been put in place to find a new CAO, but that’s not expected to happen for several months. In the meantime, Mike Ruta, Winnipeg chief financial officer, was appointed interim CAO.