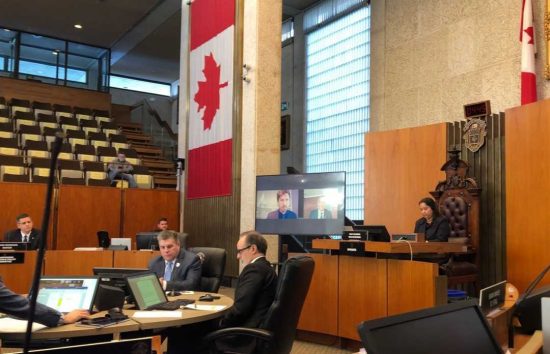 More than 18 months after the City of Winnipeg’s last chief administrative officer left the job, the role is still being filled on an interim basis.

While the city has now awarded a second recruitment contract, it’s not clear when the post will finally be filled.

The city’s CAO search began after Doug McNeil left the job in May 2019. A city hiring committee paused the search in December 2019, after it found the pool of top candidates from an initial recruitment contract lacked diversity (all were men).

The city planned to restart the hiring effort after completing its first multi-year budget in March 2020, but instead delayed it again after the COVID-19 pandemic reached Manitoba. The city resumed the search in September — and announced Wednesday it has awarded a second CAO recruitment contract to People First HR Services.

Mayor Brian Bowman said it’s still not clear exactly when the next CAO will be named.
“That will be something we’ll be discussing with the recruitment company, now that we’ve landed on them. Obviously, the sooner that we can proceed the better… We want to move as quickly as possible,” he said.
The mayor said interim CAO Mike Ruta has meanwhile provided “strong and steady leadership of the public service.” However, Ruta has told the city he plans to retire once the transition to a new CAO is complete.

Some elected officials say Winnipeg has not moved quickly enough to hire a new top bureaucrat.
Coun. Janice Lukes (Waverley West) is concerned the delay has created a lack of leadership for the public service. Lukes said she agrees Ruta is performing well, but fears he’s been “spread too thin.” A permanent CAO could help meet the needs of the city’s 10,000 employees, as they cope with the pandemic, she said.
“Staff are being laid off, staff are working remotely, there’s all these other factors that need leadership. And a CAO provides leadership and direction.”

Lukes fears some decisions are meanwhile “falling through the cracks,” such as the city deciding to make use of a health order exemption to keep employee gyms open through much of the code red clampdown, while private gyms were forced to close.
Conversely, Coun. Kevin Klein argues it would make more sense to wait until after the 2022 municipal election to select a new CAO.
Klein has long argued Winnipeg’s next mayor should get the chance to select a CAO that best fits his/her approach, since Bowman has announced he won’t run for re-election and the CAO reports to the mayor-led executive policy committee.