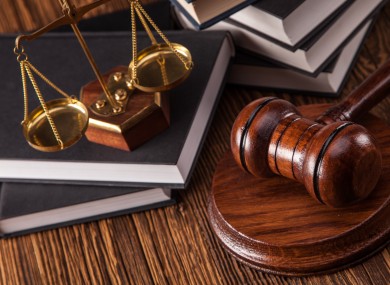 A number of South Winnipeg-St. Norbert residents have contacted our office asking for an update on the status of Samborski’s compost operation located on Brady Road.  The Winnipeg Free Press recently published a story (shown below) which outlines current developments on this matter.

A controversial garden supply company is waging a courtroom battle on multiple fronts.

Samborski Garden Supplies is challenging an injunction issued against it earlier this month to stop collecting compost material at a property in the RM of Macdonald, after claiming discovery of new evidence that shows the property has been licensed for that purpose since 1990.

On Tuesday, the company filed suit against the province for negligence, alleging staff failed to disclose the existence of the license, naming two senior government officials and a former ADM.

The company is still fighting with the province over its former compost site near McGillivray Boulevard. The company is facing environmental charges and the company has sued the province for the loss of soil taken during the forced clean-up of the property last year.

The RM of Macdonald took Samborski to court last year to shut down its operation and restore the Brady Road site back to its original condition.

Samborski had argued that in1990 the RM had zoned the property a compost operation with a previous owner and there was a development agreement with the municipality authorizing the operation, which the company argued was still in effect.

However, earlier this month, the court approved an injunction that prohibits Samborski from receiving any more compost material at the site.

Justice Colleen Suche said in a ruling dated March 4 that previous court hearings had determined that the previous owner never set up the composting operation. Suche said earlier court rulings concluded the 1990 zoning agreement was no longer in effect and in June last year the RM repealed the original zoning bylaw.

Suche said that the compost operation violates the RM’s current zoning bylaw, which was passed in 1995, and approved the injunction, prohibiting Samborski from depositing organic garbage and other waste on the site.

However, after Suche made her ruling, Samborski said it had found a copy of an environmental license issued by the province in August 1990 for the property authorizing a compost operation. Samborski has requested another hearing with Suche to present the license as new evidence, with the goal of having the injunction lifted. The hearing is set for April 15.

Related to the discovery of the 1990 license, Samborski this week filed a suit against the provincial government, accusing it of negligence for failing to disclose the existence of the 1990 environmental license. Also named in the suit are two senior officials from the Conservation department and a former assistant deputy minister of Conservation.

In court documents filed this week, Samborski is seeking damages which it says it incurred as a result of court challenges and multiple conditional use applications to the RM.

“In not informing (Samborski) that the license which they required had already been granted, the (province and its employees) acted negligently, which negligence caused damage to (Samborski),” states the court document.

A spokesman for the Conservation department said the department does not comment on court actions. Earlier, the spokesman said the department does not consider the 1990 environmental license for the Brady Road property to be valid. The spokesman said the 1990 environmental license is not transferrable; the company it was issued to is no longer in business and the license has not been considered active or valid for several years.

Samborski has two other active court actions. In January, the company filed suit against the province seeking $24,000 in damages for the loss of soil it alleges was improperly taken from its McGillivray Boulevard property when the province conducted a clean-up of that site. The province has yet to file a statement of defence to that suit.

A trial date has been for July 2017 over charges involving how Samborski operated the McGillivray Boulevard compost site. Samborski lawyer Gene Zazelenchuk said the province has yet to provide any evidence that the material removed from the site was compost, adding that Samborski had the material analyzed and they will show that it was only clean soil.