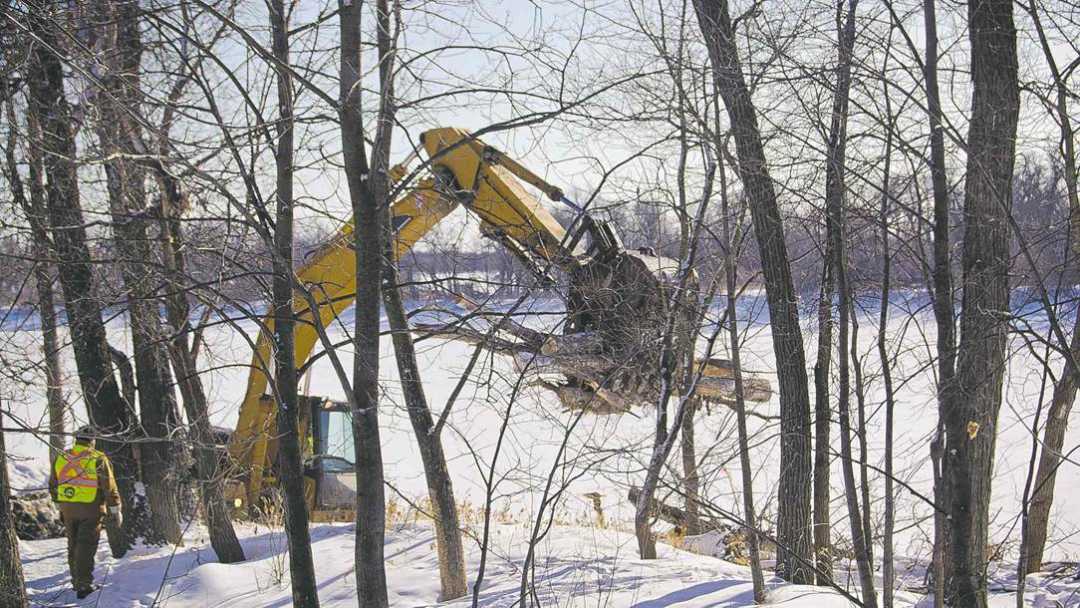 The City of Winnipeg is currently undertaking Phase II of an erosion protection project in King’s Park. This work will occur from January to March, 2016, with planting and re-vegetation work to be completed by mid-July, 2016.

During this time, there will be a number of potential impacts on the park:

This $1.5 million project will address the aggressive riverbank erosion occurring along the project area, and enhance public safety.  In the past 15 years of monitoring the riverbank, about 1 acre of land has been lost to erosion and led to deep-seated bank instabilities that have impacted the uplands area.   This project was initiated in 2015, and Phase 1 (600 m) was completed in Winter, 2015. Approximately 250 m remain for 2016.

The main components of the project include:

For  more information regarding this project, contact Winnipeg’s 311 service by E-Mailing 311@winnipeg.ca or phone 311.

Photo:  Overgrown and fallen brush is cleaned up along the banks of the Red River at King’s Park. The river bank is being developed and reinforced to stop future erosion. (DANIELLE DA SILVA/CANSTAR/SOUWESTER – February 24, 2015)