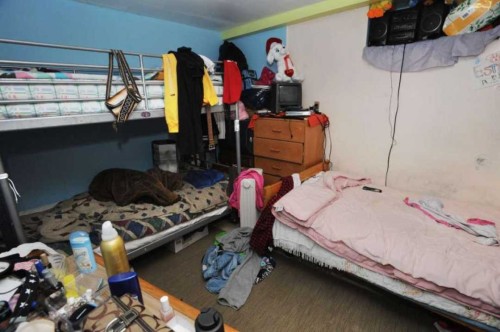 I’ve requested that the Winnipeg Public consult with other municipalities that have implemented regulatory licensing requirements for single-family homes with rental rooms, and report back within 90 days with an implementation plan to identify, license and inspect single family dwellings with rental rooms in in the area adjacent to the University of Manitoba (i.e. Fort Richmond, Agassiz, Montcalm and University Heights).

Based on the very high volume of calls and E-mails to my office, I recognize that challenges around rental housing extend to other parts of Winnipeg.  In the area immediately surrounding the U of M,  there is a particularly high concentration of these illegal rental properties.

The report generated by the Winnipeg Public Service should help us understand best practices and guide us in implementing solutions.  This will be an essential step to combatting the problem in the neighbourhoods adjacent to the U of M, which will in turn serve as vital information for examining other areas of Winnipeg.

My thanks to the Winnipeg Free Press and CJOB Radio for reporting on this story.

Councilor Janice Lukes will bring forward a motion Tuesday (April 11, 2017) directing the city to look at options for residential rental licensing in the area surrounding the University of Manitoba.

It’s the latest in a series of moves spearheaded by the councillor (South Winnipeg-St. Norbert) to crack down on illegal rooming houses and unsafe rental homes near the campus. Lukes has been working with city bylaw officials and a neighbourhood group has been focusing on community education and awareness. This motion will target landlords.

“Ultimately, it’s the landlords,” Lukes said Monday. “(Renting) needs to be safe, it needs to be licensed.”

Late last month, a fire at a home on Pasadena Avenue believed to be housing between five and nine university students raised concerns in the community. Lukes’ motion asks the city to confer with other municipalities across the country that have implemented some form of residential licensing for single-family homes renting rooms, whether it covers the entire city or focuses only on areas near universities. Lukes said she’s specifically interested in bringing in some sort of licensing in the neighbourhoods surrounding the University of Manitoba: Fort Richmond, Agassiz, Montcalm and University Heights.

It’s the second time Lukes has requested a report looking at student-housing issues. The first was back in 2015, a report she called “pointless,” owing in part to the vagueness of her own request and the broad information it generated.

Several cities in Ontario currently have some form of residential licensing. In Oshawa, properties near Durham College and the University of Ontario Institute of Technology require licensing under the “Residential Rental Housing Licensing” bylaw. The application fee is $75, while the licence fee itself is $500 and expires after a year. In comparison, the cities of Waterloo and London have similar bylaws that cover the whole city, not just post-secondary hubs. Buildings and homes with four or fewer rental rooms are required to get a licence.

Lukes said she’s “very confident” the standing policy committee on property and development, heritage and downtown development will approve her motion. She’s asking for the report to come back within 90 days and include a plan for licensing near the U of M.

“I’m not sure what the results of it will be. Every city is unique but this is a very serious big problem,” she said.

Lukes’ request has the support of several student groups, including the University of Manitoba Students’ Union (UMSU).

“All year we hear about concerns from students, from homeowners in the area, and I think this just adds some accountability to landlords,” said UMSU president Tanjit Nagra.

“We want to make sure they’re safe, and they’re not being taken advantage of by landlords.”

St. Norbert city councillor Janice Lukes says she wants to see a new licensing model brought in to put a halt to overcrowded rooming houses around the University of Manitoba.

Lukes tells 680 CJOB News these rooming houses can be dangerous for those who live there.

She points to the case of a landlord in Fort Richmond who crammed 14 beds into a 13 hundred square foot house at Pembina Highway and Thatcher Drive.

The home was shut down by the fire inspector but the landlord appealed the decision to City Hall and asked the home be re-opened.  His appeal was turned down.

Lukes says there is a shortage of affordable housing around the U of M and as a result the number of illegal rooming houses continue to pop up.

She believes there are some 144 homes that are assumed to be overcrowded rental properties and landlords can face hefty fines for violating fire bylaws.

A committee at City Hall will meet on the issue Tuesday and Lukes is planning a landlord information meeting next month.