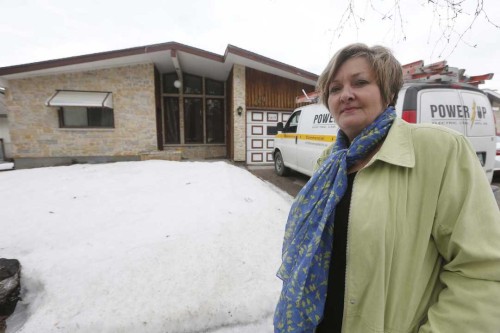 Over the past two years, the issue of combatting illegal rooming houses has been a Ward Priority for my office.  Thankfully, a recent fire on March 25 did not result in any deaths.  It did, however, reinforce the need for a crackdown and more aggressive action on this ongoing problem.  It’s very clear that this issue is a matter of life and death.

My thanks to the Winnipeg Free Press, Winnipeg Sun and CTV News Winnipeg for covering this story.

A fire at a residence near the University of Manitoba has inflamed concerns about illegal rooming houses and unsafe rental homes near campus.

Lukes has helped lead the charge in recent years, as neighbours have become increasingly concerned about homes being bought up by landlords, jammed with students, and then largely ignored. The concerns vary in severity from trash left everywhere to a lack of smoke detectors and other fire hazards. The Neighbourhood Association was formed to combat such issues.

On Pasadena Avenue, Arthur Prystenski blames the landlords, not the students.

“I’ve met some of the students,” he said. “They’re basically just looking for inexpensive housing… they would like better conditions but that’s what’s offered to them so they accept it.”

The University of Manitoba ranks fairly low compared to other universities across Canada when it comes to student housing, according to a January report by University of Manitoba planning students. It offers housing to just under five per cent of the total student population and has a waitlist of more than 350 people.

But the report also points to studies showing why students offered on-campus housing might still look elsewhere. The average bill for on-campus housing is $823 per month, while off campus — on streets within walking distance like Pasadena — it’s $672.

“It’s only really become a problem in the last five years,” he said. On occasion it’s been rented to a family or two, he said, but most of the time it houses individuals. Cole isn’t sure how many exactly, although he’s “seen eight or nine people come and go.”

In August 2014, a listing on MapLiv.com advertised two rooms in the basement of the home, one for $460 and the other for $500. The residence was described as having nine bedrooms. According to the City of Winnipeg’s Assessment and Taxation Department website, the one-story home has only seven rooms.

A current listing for the property on rental site houseme.ca instructs interested people to call David. David did not return requests for comment, but is, per his voicemail, an agent with Cornerstone Real Estate Inc. A person who answered the phone declined to speak about the property, saying that any questions would have to go through David.

On Monday, contractors who wouldn’t comment came and went, boarding up some of the basement windows and starting work on repairs. Three young women arrived at the home mid-afternoon, one with a large suitcase. When asked if they lived there, one said, “yes” and then, “not anymore.” All three declined to speak further.

Their neighbours are grateful they weren’t hurt — or worse.

“It’s just a matter of time before one of these unlicensed places causes a real problem,” Prystenski said.

Manitoba doesn’t require landlords to register properties with the Residential Tenancies Branch and housing guidelines are left to the purview of cities. In Winnipeg, more than 800 converted homes were licensed for rental purposes as of March 27. The city’s fire prevention branch only recently began conducting annual inspections of such properties at the direction of council. A spokeswoman for the city wouldn’t speculate as to how many are operating unlicensed. Councilor Lukes suspects that in the area around the university the answer is quite a few.

At Saturday’s meeting, Lukes said the neighbourhood association agreed to get more aggressive in fighting for more affordable accommodation for students and cracking down on landlords who aren’t following the rules.

The association will be pushing for the university’s 30-year Fort Garry campus makeover to include at least 10 per cent guaranteed affordable housing on the Southwood Lands. It will also be “declare all-out war” against landlords: reporting them to the Canadian Revenue Agency and finding ways to increase fines and fire inspections. “Street Captains” responsible for monitoring their own block for possible illegal rooming houses will also start conducting more patrols.

Lukes said she is also looking more closely at a possible pilot program requiring all residential residences renting out rooms near post-secondary institutions to have a license. Similar programs are already in place in a number of communities in Ontario, including Oshawa.

“It’s such a complex problem,” Lukes said, and “the community is trying to work together to find a solution.”

‘My worst fear is that people will die’

Councillor calls for more bylaw officers, fire inspectors for rooming houses near U of M

A Winnipeg city councillor is demanding a crackdown on rooming houses near the University of Manitoba following a weekend blaze.

Coun. Janice Lukes (South Winnipeg-St. Norbert) has long warned of safety hazards — including crowding and a lack of fire inspections — within homes rented out to multiple tenants in University Heights and Fort Richmond.

After canvassing the area, Lukes and a team of volunteers identified 140 suspected rooming houses. Since none are licensed, she said it’s tough to ensure adequate smoke detectors and fire escapes are in place.

On Saturday, one such home on Pasadena Avenue caught fire, though no one was home at the time, Lukes said.

“My worst fear is that people will die. This was a close call,” she said.

Lukes notes a 2014 ad describes the approximately 1,200-square-foot bungalow as containing nine bedrooms. The councillor said the student demand for cheap housing is proving lucrative for landlords and challenging for the city’s 17 bylaw inspectors.

“When you have an extreme shortage of affordable housing, like we have around the university, it’s (like) whack-a-mole. You shut one down rooming house and another one pops up,” said Lukes.

The councillor will push the city to fund additional bylaw and fire inspectors in its 2018 budget. She also wants the city to review licensing categories used by other cities with multi-tenant housing around universities.

U of M student Eric Liu said he’s had a positive rental experience with a good landlord but is concerned for his fellow students.

Liu said his friends were once kicked out of their basement apartment after a neighbour reported parking violations to 311. He said the renters then discovered the home contained illegal units because some windows were too small.

“It was pretty bad for my friends to suddenly have to leave a place,” said Liu.

Lukes is also lobbying the U of M to formally join a steering committee and take a leadership role on the issue.

“This is all city taxpayer dollars going to deal with an issue that the University of Manitoba wants no part of,” Lukes alleged.

A university official, however, stressed student supports are already in place to help students find safe, affordable housing and the U of M has repeatedly consulted on the issue.

John Danakas, the U of M’s executive director of public affairs, confirmed the waiting list for on-campus housing ranged from about 300 to 350 students during the most recent school year, though he noted many students turned down rooms to pursue other options.

And Danakas stressed the city is the proper authority to enforce its own bylaws.

“We need clear facts, not assumptions,” he said.

Coun. Janice Lukes (South Winnipeg) has been calling for a crackdown on unlicensed rooming houses in Fort Richmond, near the University of Manitoba.

She would like to see a new rental bylaw designed specifically for single-family homes located around universities.

Lukes has fielded dozens of complaints from area residents about suspected illegal rooming houses in the Fort Richmond area near the university.

“When you’ve got a real shortage of student housing, it’s a lucrative business,” she said.

Under city bylaws, the difference between illegal rooming houses and a home shared by a group of people can be difficult to determine, and Lukes said that’s where enforcement can become difficult for city officials.

“A lot of times what happens in these properties is, it’s cash. Students pay cash. It’s a very lucrative business. Are these landlords declaring the revenue?”

Under city bylaws, a licensed rooming house is technically called a ‘converted residential dwelling’ and is subject to regular inspections. That’s where multiple tenants have individual lease agreements with a landlord and where each bedroom would be considered a separate suite under the building code.

It’s different than a shared tenancy, which would be a house rented together by a group of people who sign one rental agreement with the landlord.

Janet Bier, director of fire prevention with the Winnipeg Fire Paramedic Service, said a home becomes an illegal rooming house if it’s not licensed and has multiple tenants living in self-contained suites

“When it’s converted without permits, there may not be the same safety features put into that home for multiple people to live in that home,” Bier said. “We often find there are not smoke alarms installed or there may be only one smoke alarm installed.”

“There’s a lot of dangers that are associated with an illegal rooming house.”

At a community meeting Saturday, Lukes and area residents determined they would like to see the city explore creating a separate rental bylaw to deal with single family homes around the university.

It’s something Lukes said other cities have done successfully.

“Let’s get a license, let’s get a permit, let’s get regular inspections and let’s make it more regulated,” Lukes said.

“It makes landlords accountable. It makes it safer for kids.”

The city said it will continue to rely on information from the public to provide tips about potential illegal rooming houses.

Last November, the city started a new process to handle complaints about suspected illegal rooming houses. Since then, 53 calls have come into 311.

The city was unable to provide information on how many of those suites turned out to be illegal.

Watch the CTV Winnipeg News Video: Josh Crabb reports on the bylaw one city councillor is calling for to help crack down on illegal rooming houses.  http://winnipeg.ctvnews.ca/winnipeg-councillor-wants-city-to-investigate-new-rental-bylaw-to-combat-illegal-rooming-houses-1.3344959