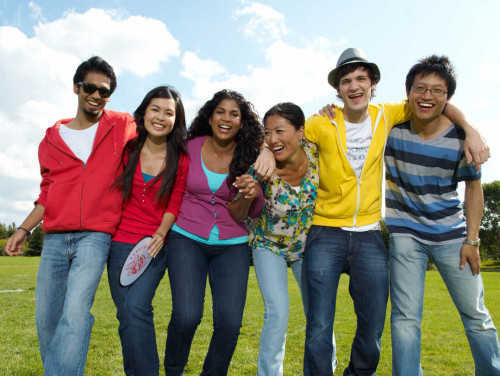 Does international education hold the potential to be a ‘super growth sector’ in Manitoba? Should we be placing a strategic focus on transitioning from a resource-based economy to a modern services economy?

Global Affairs Canada states international education in Canada is worth $11.37 billion annually to the Canadian economy, surpassing other prominent Canadian exports such as wheat ($7.95 billion), lumber ($8.67 billion) and helicopters, airplanes and spacecraft ($9.01 billion).  Over 10,000 international students are studying in Canada; yet, only 1.9% chose to study in Manitoba.

This fall, 16.9% of students at the University of Manitoba were international students.  In 2013, the U of M developed a Strategic Enrolment Management Framework. The Framework focuses on allocation of resources, student experience and student enrollment targets within the timeframe of 2013-2018.  It is interesting to note that the PROJECTED vs ACTUAL number of International Students has met and exceeded the U of M’s goals (see chart below):

Manitoba Institute of Trades and Technologies is ramping up to serve even more international students with detailed programming.

Clearly, we don’t have the policies and infrastructure in place to support rapid growth in international students BUT –  should we be working towards ensuring we do?  I’d be interested in hearing your opinion – E-Mail me at jlukes@winnipeg.ca

This Winnipeg Free Press article by Gary Gervais and Colin Fraser is a fascinating read.

With the recent election of United States President Donald Trump and the uneasiness and uncertainty his populist-fuelled brand of political engagement has brought the world, Canada’s reputation as a safe harbour for refugees and welcoming place for immigrants is being magnified. Our willingness to lend a helping hand and our inclusive worldview are needed now more than ever to counter an international community pivoting dangerously toward fearful intolerance and not-in-my-backyard thinking.

The current vacuum of leadership, sidelining of progressive values and contempt for the constitutional requirement of equal treatment before the law south of the border is highlighted even more by the recently reworked travel ban on citizens from six Muslim-majority countries and the temporary shutting down of the American refugee system that goes into effect next week. Reactions to these measures will continue to reverberate across the globe. Plans will change.

People looking for an opportunity to live, work and study in a diverse, stable, forward-thinking, human-rights-focused country will be exploring other options. In the context of a world where the landscape looks bleak for the youthful, engaged global citizen, Canada has an opportunity. There are challenges ahead for a generation of young people yearning to study abroad while embracing the life-changing effects of an experiential education. If the fast-fraying ties that connect us are to be strengthened, a globally minded, international education is becoming imperative.

Canada can be that destination for students. Whether they choose to stay here afterwards through immigration or return to their home countries with educational experiences that have ignited imaginations, the benefits are many.

On the economic side of the ledger, a recently released report prepared for Global Affairs Canada states international education in Canada is now worth $11.37 billion annually to the Canadian economy, surpassing other prominent Canadian exports such as wheat ($7.95 billion), lumber ($8.67 billion) and helicopters, airplanes and spacecraft ($9.01 billion).

Despite these substantial numbers, it remains a sector receiving little attention or recognition. If we are to attract a generation of students who see Canada as a reflection of what they value, we need to up our game. It’s too competitive on the global stage not to. Strategic action is required.

While Canadians continue to excessively obsess over resource development, Australia’s forward-looking National Strategy for International Education 2025 recognizes international education as one of the “five super growth sectors contributing to Australia’s transition from a resources-based to a modern services economy.” Canada needs to do something similar.

Here in Manitoba, there are more than 10,000 international students at all levels of education — in public and independent K-12 programs, in English- and French-language training and at post-secondary institutions. Unfortunately only 1.9 per cent of the total number of international students in Canada choose Manitoba as a destination — not coming close to matching our 3.6 per cent proportion of the Canadian population. If the province wants to keep pace with the current eight per cent annual growth rate of international education in Canada, it must be made a priority and be pushed to the top of the trade agenda.

Immigration, which was the main factor in the 5.8 per cent population growth rate in this province from 2011 to 2016, is part of the equation. International students who decide to stay in this province are a major source of highly skilled and qualified immigrants who have paid for their Canadian education and language training. Getting them here first is an economic priority. Dedicating the appropriate resources to meet this first step is critical to the future of our province.

International students are recruited through sophisticated global marketing efforts and, once in Manitoba, are supported by a wide array of educators, administrators, support workers and homestay families — all working in concert to provide positive, enriching, memorable experiences and laying the foundation for further student recruitment through positive word-of-mouth experiences shared.

The good news is the investment to support these efforts need not be huge. Unlike other industries, growing international education doesn’t require massive capital expenditures. With a bit of co-ordinated effort, we can further open our classroom doors to the world — a world that needs the diversity that Canadians embrace and the open, tolerant, progressive values that come with a Canadian education.

Gary Gervais is president of the Manitoba Council for International Education. Colin Fraser is a Winnipeg-based freelance writer.