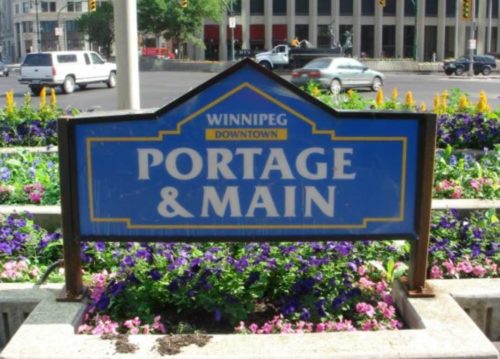 My comments on the floor of Council today regarding the Portage and Main Plebiscite:

I rise to speak to this motion.

Mme. Speaker – four years ago I put my name on a ballot and asked the citizens of South Winnipeg – St Norbert to elect me to be their representative at City Hall – and

And Mme. speaker – for the record –

I am not an urban planner –

And do you know Mme.Speaker what’s even more important in the Public Consultation process ?

So when a new idea is presented – and it represents tremendous change – a  change to something new – and when no meaningful data and conversations occur to support this change – other conversations rise up.

And any public relations expert will tell you – once people reach a certain point in their decision making process – or understanding of a project – often only the passing of time allows the vision to rise up again and be logically discussed again.

Having worked in the field of active transportation for 15+ years – I am well aware of the polarizing issues that can surface regarding cyclists and pedestrians – and am quite surprised the Office of Public Engagement – and the Mayor and his advisors were not more savvy in how they approached the communication around this polarizing issue.

And probably the most shocking part of this handling of this file – is that none of the recommendations set out in the 2011 Audit which focused on Active Transportation Public Communications  – were adhered to in any of the Portage and Main discussions.

I’ve spoken in great detail with the leaders at The Forks, at the Chamber of Commerce – and with urbanists over the past four years – about reaching out to suburban communities – and the importance of reaching out –

Matter of fact – if I am elected for another term I will commit to having a series of urban meets suburban discussions.

I will have a ward half the size and will be able to do this. Currently – I do not have the resources to deliver this kind of conversation that I thought would be coming from the Mayor’s office with the Portage and Main file –

So here we are today –

And  Mme. Speaker – again – representing the largest suburban ward in the city of Winnipeg – I find this astounding:

Many, many, many people that I speak to still have no idea WHY the Mayor wants to open Portage and Main to pedestrians

and in closing – what I think that is very very disappointing is:

Because the suburban residents will speak – without any ‘urbanist’ or ‘downtown city building’ education and understanding – and they will speak from their perspective – of passing through.

And this is all a result of very, very disappointing leadership & advice on this file.