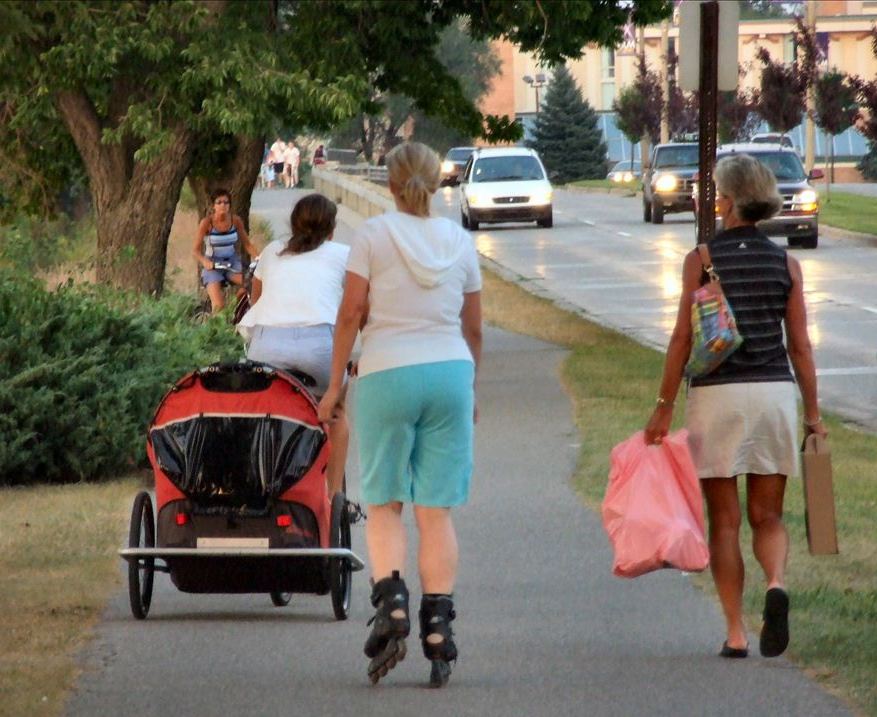 Beyond the Active Transportation projects currently occurring in South Winnipeg-St. Norbert, the City of Winnipeg in the process of installing new bike and pedestrian counting technology at 40 sites around the city.  My thanks to Winnipeg Metro for covering this story.

‘Winnipeg is a cycling city’? We’re about to find out

This September, city hall will install new bike and pedestrian counters to prove active transportation is alive and well in Winnipeg.

We are a cycling city, and the City of Winnipeg wants to prove it.

Starting next month, new bike and pedestrian counting technology will be installed at 40 sites around the city, according to Stephanie Whitehouse, municipal active transportation coordinator.

Half of the new monitoring sites will be located downtown, she said, explaining that cameras will be used to capture video of how many of those on foot, bike or vehicle, make use of our city’s roadways.

She said the new devices will be funded by $50,000 set aside in the 2016 pedestrian and cycling action plan, which is part of a city-wide 20-year $330-million walking and biking strategy.

Currently, she said, the city relies on bike data provided by advocacy groups such as, Bike Winnipeg, the Green Action Centre, and the Winnipeg Trails Association— which, in 2013, installed similar technology on ten routes, like the Bishop Grandin Greenway and the Transcona Trail.

Whitehouse said the new data will aid the city’s ongoing planning and priority setting for future expansion of bike lanes and walkways by illustrating how usage levels change before and after new infrastructure is installed.

More data will also hopefully prove that more people get on bikes, or choose to walk, than some may think.

“Active transportation is an important part of this city … it is growing.”

Mark Cohoe is the executive director of Bike Winnipeg, and welcomes the city’s move to collect better bike data.

He believes we are playing catch-up when compared to other Canadian municipalities, and said there is a lack of accurate information on how many people actually bike and walk due to the absence of around-the-clock electronic monitoring.

Unlike when volunteers preform bike counts, he said electronic counting can happen automatically, rather than by hand, and happen 24/7 seven-days a week. Active transposition is also often excluded from the city’s traffic counts, which keeps track of the amount of vehicular traffic by laying down road counters.

“We don’t have the same level of knowledge of how people are walking and biking on our streets,” said Cohoe.

For example, the city does not know how many cyclists use the protected bike lane on Sherbrook Street — which is the type of information Whitehouse anticipates will be collected.

Not only are bike counts useful tools for better planning, Cohoe said the information will provide a value-for-money case for cycling infrastructure, such as protected bike lanes, and demonstrate there is indeed a demand to install more.

Some locations to be monitored this fall include Garry Street and McDermot Avenue, where the city plans to add more bike lanes.

Other sites include Des Meurons, Pembina Highway and the Kildonan Settlers Bridge, which are also earmarked for future active transportation upgrades.

“We want to make sure that we can demonstrate usage over time,” Whitehouse said.

Over the next few years, she said staff will also work to develop a public portal where bike counts, such as monthly breakdowns  and other statistics, will be displayed, as is currently done in Calgary.