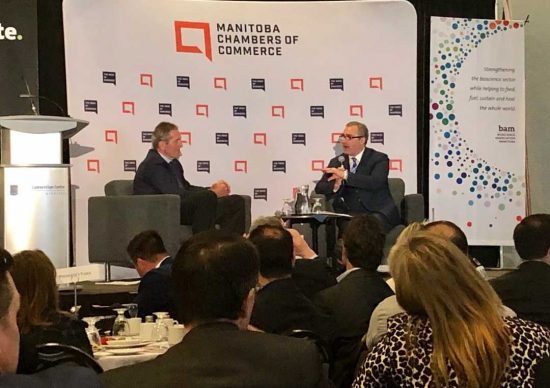 I don’t often share letters from levels of government, but I feel this is a very significant letter with a message that will ultimately have a positive impact on taxpayers:

Letter from Minister Wharton to Mayor and City Councillors

This morning I attended the Winnipeg Chamber of Commerce’s Leaders Breakfast. I try to make a point of attending the Chambers leaders series breakfast when the Premier speaks.  At the breakfast the Premier spoke about accountability.

Just this week I presented to the Mayor and his Executive Policy on ensuring my call for a public report on the investigation occurred, but I also spoke to them about the tremendous importance of having the Planning, Property and Development departments run like a fine tuned engine.  I used the analogy of ensuring the department should run like a Formula One race car. I told the Mayor and his EPC – that Winnipeg is a significant economic engine for our City and Province, and in a City with billions in infrastructure deficit, this department is one of the few ‘revenue generating’ options we have to make money vs raising taxes.

Over the past four years, I have written blogs, made public statements, and communicated my frustration to anyone who would listen – on the silos and internal dysfunction within the City.  While projects like Kid Mayor, and throwing curling rocks in the Exchange are great initiatives, I’ve always felt that a bigger priority should be on ensuring the business processes are streamlined to get the internal engine working. There is so much time being wasted with current processes.

Rolling up the sleeves and making process change is not easy and takes work and political leadership. The work I did on the rooming house file, ensuring departments spoke to each other – across the silos, to gather data and report on, and enable accountability, was a tremendous undertaking. Changing by laws, securing improvements to reporting processes. It’s not easy – but makes a world of difference.

Today’s a good day for taxpayers of Winnipeg, and the Province.

Thank you to the Media for covering this very important issue: