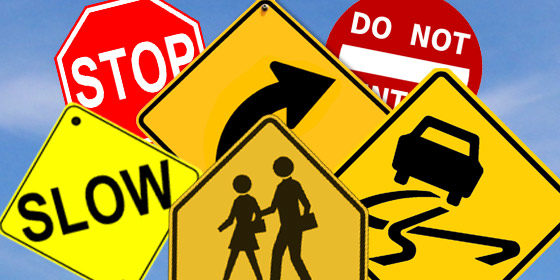 Thank you to everyone who attended my January 30th forum on Road Safety/Vision Zero.   It’s clear that the topics which were briefly covered at the Forum are far reaching and complex.  The Vision Zero approach to road safety utilizes 5 Es (Engineering, Education, Engagement, Enforcement, and Evaluation), and emphasizes that new road safety innovations, vigilant enforcement, responding to population/demographic shifts, and changing the way citizens use the road are all essential.

I look forward to continuing this much-needed discussion as Winnipeg undertakes the development of its first Road Safety Strategy.

My thanks to Kelly Taylor for reporting on this important issue.

If you see every problem as a nail, your solution always seems to be a hammer.

That much was evident at a recent forum on road safety that brought together engineers and traffic police to discuss ways of making Winnipeg’s roads safer.

The global statistics are startling. Every year, 1.3 million people are killed and 50 million are injured — on average.

In Canada last year, 1,800 people died and 150,000 were injured, said Jeannette Montufar, founder of MORR Transportation Consultants, a practising civil engineer and one of the panellists at the Jan. 30 forum.

“Most people read the headline and don’t read the article,” Montufar said. “Why? Because we’ve become desensitized.”

Montufar drew a parallel to commercial construction: “If I told you we were going to build a building over there and I could guarantee you only 100 people would die every year because of that building, you would say, ‘You’re crazy! You’re fired! You’re so fired!’ ”

Forum organizer Coun. Janice Lukes (St. Norbert) said bringing an end to the lackadaisical attitude about road safety is part of her push to have Manitoba and Winnipeg adopt the Vision Zero initiative, which began in Sweden with a goal of having zero fatalities on Swedish roads.

Yet in reaction to the statistics, the members of the panel — Luis Escobar, manager of transportation for the City of Winnipeg; Luis Miranda-Moreno, traffic engineering professor at McGill University; Staff Sgt. Rob Riffel, head of central traffic services for the Winnipeg Police Service; Montufar; Rebecca Peterniak, transportation infrastructure specialist for Fireseeds North Infrastructure and Dr. Lynn Warda, pediatric emergency physician — all touted new systems and new approaches to roads and cars as solutions.

On Tuesday at city hall, Lukes had urged the public works committee to target the $1 million for intersection improvements to ones most dangerous to pedestrians. Escobar argued the money is better spent on the worst intersections for vehicle collisions, to which councillors on the committee agreed.

Absent was any talk of improving the single most important system in any car — the driver.

Montufar, whose teenage daughter is coming into driving age, said after the forum she agreed more work can be done on improving driver education, improving the graduated licensing program and offering drivers more opportunities to upgrade skills.

She was particularly moved by Sweden’s requirement that student drivers are introduced to skid-recovery techniques before challenging for a driver’s licence.

Yet none of what the panel discussed was in any way incorrect. We do need better road systems, better signage and improved anti-collision technology in cars.

The city of Winnipeg’s Escobar pointed to a number of traffic system enhancements — many of which originated there — that work to make streets safer. Among those are breakaway bases for stoplights and streetlights, safety curbs that rise a half metre or more to separate directions of travel and flashing overhead crosswalk corridor signs.

Enforcement was also mentioned as a pillar of road safety. The Winnipeg Police Service’s Riffel correctly noted that without the threat of being caught, regulations are meaningless.

They’re all correct, but safer signs, safer roads and police don’t go far enough. Enforcement can’t fix the fact some are uninformed. The most reliable lane markings known to man won’t help a driver recover from a skid. The best signage won’t encourage a driver to look far enough down the road so as not to be surprised, or encourage constant scanning of mirrors to have a chance at avoiding being rear-ended. And a breakaway lamp post won’t give a driver the skill required to brake, release and steer to avoid a collision.

To her credit, immediately after the forum, Lukes herself was making the same point. “Missing in all this was the human element,” she said. “Maybe we need to do a seminar on driver training.”

Engineering and enforcement alone won’t fix what’s wrong on Canadian roads. Better training will go a long way to reducing fatalities. Supplementing graduated licensing with a system to assess a driver’s advancement in skill level would be a smart first step.

It is indisputable better engineering will reduce the effect of human error, but it has also been proven human error can defeat the best systems.

Reducing the possibility of human error has to go hand-in-hand with better engineering. If the life that’s saved is someone you love, isn’t it worth it?

Kelly Taylor is an award-winning automotive writer who frequently writes about road safety.