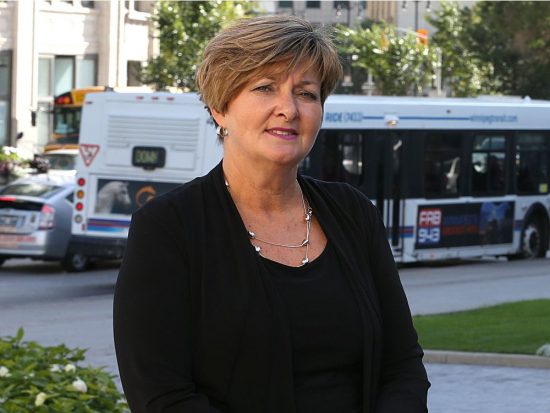 Thank you to the Winnipeg Sun for covering this very important issue.

Changes to Winnipeg speed limits and new traffic safety measures could be on the horizon for city residents over the coming months.

On Wednesday, a Standing Policy Committee report, advocated for “a whole new suite of traffic calming measures” was accepted by council – although the road to safer streets in Winnipeg is paved with controversy and complexity.

The motion was partly in response to ongoing complaints filed by concerned residents regarding vehicle speed problems on city streets.

Coun. Janice Lukes (Waverly West) said the report will align Winnipeg with many other jurisdictions regarding traffic safety initiatives.

“There are many new approaches to traffic calming that many cities throughout the world are using,” she said. “One of the things that I’ve learned is traffic calming is very labour intensive, time-consuming and very expensive.”

Lukes said that many Winnipeg streets were designed with cars at the top of the transportation pyramid – resulting in the need for traffic calming and road retrofits.

“And expenses are being incurred,” she said. “Many of our streets are still being designed in a manner that does not encourage traffic calming. In my almost two decades of working on active transportation initiatives, I’ve never heard more public outcry than I have in the last few years.”

To avoid wasting a fortune on road safety infrastructure, Lukes said the best way to bring about calmer streets is lowering speed limits.

“Of course, there would be some initial investment for signage,” she said. “Cities all over the world are lowering speed limits on residential streets.”

Coun. Ross Eadie (Mynarski) agreed with Lukes about the need for traffic calming but had his own take on excessive speed on Winnipeg streets.

“The condition of the street dictates how fast people are driving,” he said. “Our streets are so bad that nobody’s actually speeding. They’re not speeding because there’s – I guess you could call them – natural decay speed bumps called potholes all over the place. I think it’s very important that public consultations do happen.”

Cutting to the chase, Eadie said the biggest problem on Winnipeg streets is drivers who flout the rules.

“And I’m not just going to blame drivers,” he said. “There are cyclists who don’t follow the rules of the road, and they cause problems for everybody as well. Everybody needs to follow the rules and do things appropriately. Driving is not a right, it’s a privilege. Police can’t be on every street and every block.”

“I just want to acknowledge the budgetary reality that need not be if we just reduce speeds.”

“We can arbitrarily say we should have 10 km/hr or 30 km/hr,” he said. “But the problem is we’re going to have to do some road modifications if we don’t want to have people driving at those speeds.”

Orlikow said that safer streets can’t be predicated on a one-size-fits-all model.

“We have to have many different facets to it,” he said. “But, it is a serious issue that we are facing.”

Mayor Brian Bowman explained that creating safer streets is a long-term project that could take years.

“I do obviously think that adopting new processes for triage, for analyzing and implementing requests for traffic calming measures is entirely appropriate at this stage.”