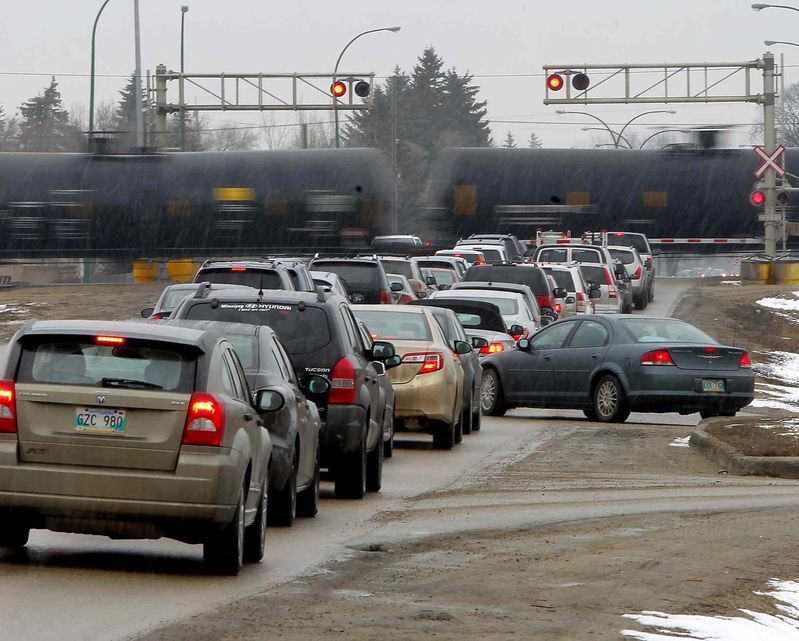 A slight wording change in a motion was enough to get unanimous support from council Wednesday for its ranking of road projects for federal and provincial funding.  Councillors voted to put building an underpass at Waverley Street near Taylor Avenue as the leading project among the four listed.

Mayor Brian Bowman applauded the vote outcome, saying council can now tell the other levels of government, “Here are our priorities. We’re ready to work with you.”

The roadwork priority list includes building the Waverley underpass, widening Marion Street and adding an underpass at Archibald, extending Chief Peguis Trail from Main Street to Route 90 and widening Kenaston Boulevard from Ness Avenue to Taylor. The four projects were submitted for joint funding from the province and Ottawa through the federal government’s Building Canada Fund. Couns. Janice Lukes and Russ Wyatt dropped their opposition to the priority ranking after Bowman proposed an amendment that gives council final approval for funding all projects and any changes in the design.

“The changes ensure that the design of the work, how it’s being done, and the cost will be reviewed by council,” Wyatt said.

The estimates for the top three projects are preliminary, and Wyatt said it’s important closer estimates be brought to council.

“There’s only so many dollars, and we make to make sure we can do as many projects as possible,” Wyatt said.

Lukes said she wanted Chief Peguis to be given top priority, saying it fit more into the city’s strategic planning, but supported the ranking because councillors will have greater control over how the projects are done.

Bowman said he is pleased with the process of how the ranking had been achieved, saying politics played too great a role in previous funding requests.

The administration had been asked to rank the projects based on a series of factors including a cost/benefit analysis, traffic counts, safety concerns, cost and future financial liabilities.

“For far too long, decisions on infrastructure, in my view, have been way too political,” Bowman told council.

The administration placed Waverley at the top of the list because of concerns over safety issues posed by the high number of train crossings.

The Kenaston project dropped to the bottom of the list because the Kapyong Barracks property remains tied up in court in a dispute between Ottawa and First Nations over ownership.

Bowman said Kenaston remains an important project that needs to be done, but added there was no point in giving it a high priority when it’s uncertain when the court dispute will be resolved. Cost estimates for Kenaston are the most reliable of the four projects. The administration said cost estimates for the other three projects are considered the least reliable, with an accuracy range of minus-50 per cent to plus-100 per cent.

The city submitted four projects for funding in the fall, but the provincial government wanted the city to prioritize the list.

Republished from the Winnipeg Free Press print edition March 26, 2015 B1