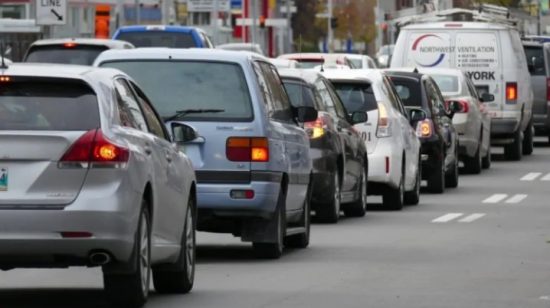 Thank you to CBC for covering this important issue

Numerous incidents of vehicles wrapping around Hydro poles, flipping over and colliding into parked cars in Waverley West last summer have incited a sit-down Wednesday night between area residents and city and traffic enforcement officials.

The event will be the second time since late August that Coun. Janice Lukes (Waverley West ward) will have had a dialogue with constituents about traffic issues, although she expects more to come out this time around.

Lukes told CBC News she hears from residents every day, as they are becoming increasingly worried because, despite the number of collisions, motorists continue speeding in the primarily residential area.

She said part of the problems may stem from the fact that many roads were recently repaved.

“When you have a lot of brand new, beautiful roads, they’re very tempting to drive fast on,” she said.

Lukes added there are also a high concentration of higher-end vehicles in the area, which may be compounding the issue because people tend to drive them faster.

“These Audis, BMWs, and whatever — they’re great, they’re beautiful, they’re very powerful,” she said. “But if you haven’t driven them before, and unfamiliar with how to drive a car with that much power … this is why we’re seeing some of the results we are on the street.

“According to these collisions that we’ve seen, [drivers] don’t seem to know how to drive these powerful cars.”

Waverley West appears to be just another place within Winnipeg that is having the discussion of reducing speed limits and improving traffic safety.

Dorota Blumczynska, executive director of the Immigrant and Refugee Community Organization of Manitoba, a local newcomer organization, has been advocating for more traffic calming near the Centennial neighbourhood for years.

And last week, IRCOM shut down a street to promote changes in street redesign and safety.

The city is also starting to explore ideas like a “shared street,” which would slow down vehicular traffic by making the roads more inclusive for cyclist and pedestrian safety.

Though most collisions in the area happen on main roads and at intersections, Lukes said she has also volunteered her ward for a pilot project that would make residential roads 30 km/h zones — if the city and public works department decide to go ahead.

Another traffic calming measure Lukes said she has been pursuing is speed tables, which are essentially longer and taller speed bumps.

While she acknowledges the fact vehicles are essential in many aspects of society, Lukes believes it’s time to re-evaluate how we move around in certain parts of the city.

“We really have to look at how we can make changes,” she said.

“We can’t put speed tables everywhere. We can’t do that on every single street in the City of Winnipeg … but we have to look at how we want to grow as a city, look at our quality of life, and look at which are the fast streets and which aren’t the fast streets.”

Lukes said a city report will be released near the end of the month that will recommend traffic calming and enforcement measures that could work well in Winnipeg.

The Waverley West meeting will run from 7-9 p.m. Wednesday at École South Pointe School. Attendees will learn about current traffic data and enforcement strategies, and initiatives the city will be launching in the near future.

Residents will also get to air questions and concerns to Lukes, the head of city traffic and planning, a representative of the Canadian Automobile Association and members of the Winnipeg Police Service traffic division.