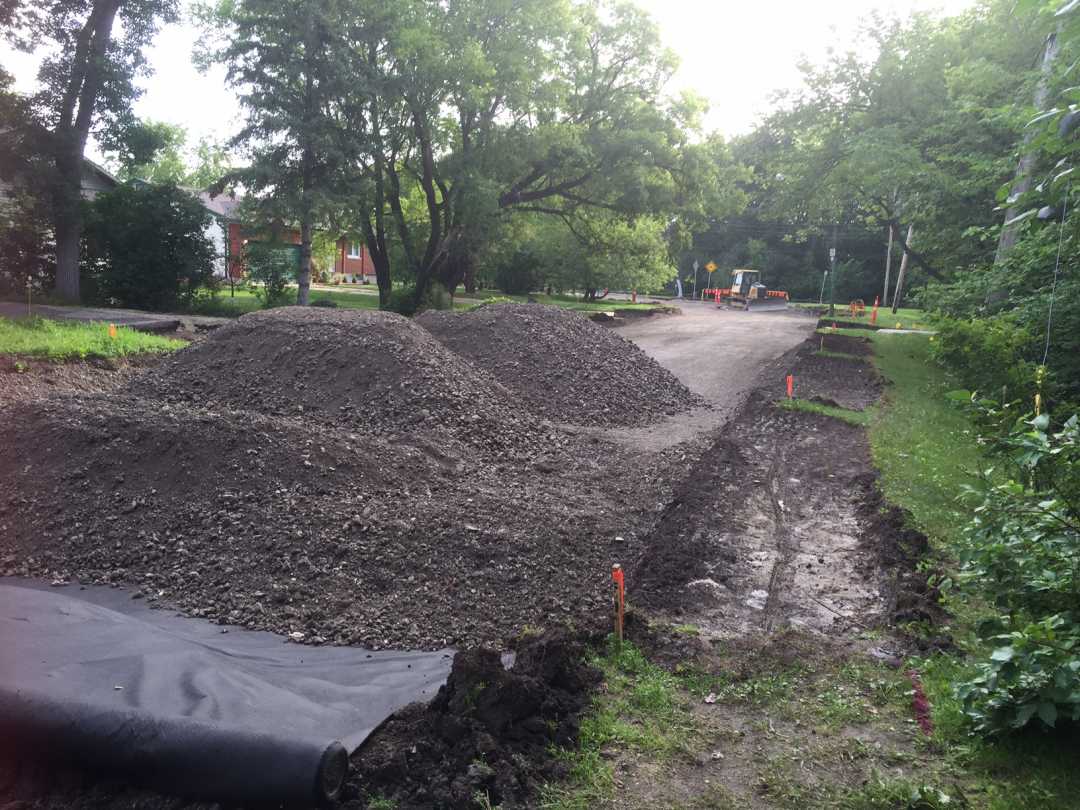 With a record amount of roadwork construction occurring in Winnipeg, I receive many enquiries from residents regarding project timelines, coordination, construction barriers, and more.  My thanks to the Winnipeg Free Press for reporting on this story, and sharing some of the answers.

We have become hostages in our own city.

The barricades and dump trucks and jackhammers are everywhere. Just about every major route — and many minor ones — have been torn open for reconstruction or major repairs. The smell of concrete dust and asphalt are everywhere.

Even at a time when traffic volumes are typically lower, driving has become a risky business. Go to a barbecue or pace the sidelines at a soccer game, and you’ll soon hear about how simple 10- or 15-minute drives have been turned into maddening, hour-long battles as exasperated drivers behind the wheels of gridlocked vehicles try to negotiate the barricades and construction crews.

It all adds up to the summer of Winnipeg’s great traffic discontent.

How did we get here? The simple answer is the city approved a $105-million roads budget for this year, a historic appropriation that has unleashed a tidal wave of construction crews. From complete reconstructions — where crews dig out old roads down to the clay and rebuild from scratch — to repairs and resurfacing, Winnipeggers have never seen so much work on the crumbling transportation infrastructure.

You might think that is a good thing and, for all intents and purposes, it is.

Infrastructure is a top-of-mind concern for people here. Spend a record amount improving the state of that infrastructure, and there must be a slap on the back of some sort for our local government officials. Yes?

Well, not really. When you talk with people such as Coun. Janice Lukes, chairwoman of the infrastructure renewal and public works committee, you find out all those traffic woes tend to discourage many citizens from offering city council grateful applause.

“It’s hard on people to be sure,” said Lukes, who also serves as the deputy mayor (Correction: Lukes serves as Acting Deputy Mayor).  “But we have such a short window to do all this work. And this year, with a record roads budget, it means traffic is really bad.”

What do people complain about?

Lukes said the whining focuses on several common areas: work not properly co-ordinated to ensure no one part of the city is inundated with construction barriers; outrage over projects that are started and then appear to have been abandoned; and questions about why the city does not make better use of nights and weekends to complete projects quicker.

Many motorists may not want to hear this, but the way the city’s summer road construction is rolled out is pretty reasonable, and likely gives us the best bang for our taxpayer buck.

In terms of co-ordinating construction work, many people don’t realize that the condition of the road in question often drives the need to start a specific project, Lukes said. Weather, soil conditions and traffic concerns also come into play.

Lukes said she hears many concerns about dormant projects — construction sites that start out with a flurry of activity followed by long stretches when no work is being done. In some instances, this is caused by the need to allow newly poured concrete to cure before remaining surfacing work can be completed, she said. In other instances, it is a reflection of contractors that are over-extended, she agreed. The city works to ensure that there are no unreasonable delays of that kind, she added.

However, she said the most frustrating concern to deal with is the demand that the city should require contractors to work 24 hours a day, seven days a week, to complete projects as quickly as possible.

According to this theory, we’d get the same amount of repairs or replacement of crumbling infrastructure with much less impact on traffic. Proponents point to places such as Minneapolis as examples of municipalities that use nights and weekends to expedite construction.

There is just one problem. It is neither practical, nor cost-effective in a city such as ours. “It’s a myth,” Lukes said of the 24-hour construction schedule. “There are about a dozen good reasons why this would be a bad idea in Winnipeg.”

First and foremost, it would dramatically increase the cost of a given project. Working around the clock, or even well into the evening and on weekends, means contractors would need to dramatically increase the number of workers they hire. Overtime would have to be calculated into labour costs, as would the expense of acquiring additional equipment so that work wouldn’t be affected by repairs and maintenance.

Lukes said city engineers and consultants would also have to extend their hours to be available to oversee the work and address unforeseen problems that can arise. “We have an obligation to maximize the amount of work we can do with the tax dollars that are available,” Lukes said. “If we were to try and do this work at night or on weekends, we would be able to do a lot less than we are right now.”

There is also a concern about the noise created by night and weekend construction work. Lukes said there have been a few projects where contractors had to extend their workdays — starting early in the morning and working until late at night — to meet deadlines. In those instances, nearby homeowners complained loudly and lustily about having to deal with the noise from heavy equipment and jackhammers.

For that reason, residential roadwork would never be performed at night. Lamentably, even on major non-residential streets, there just isn’t enough of a buffer between the road and nearby homes to protect residents from the noise, she added.

Mike Mager, CEO of CAA Manitoba, said he believes the city could be doing a better job of co-ordinating and overseeing projects to ensure they are done as quickly as possible. However, he also agreed that many of the concerns motorists utter about summer road construction are a result of a lack of information from the city about how and why projects are managed.

Mager said that at a social event, he had an opportunity once to talk to a city engineer about overnight and weekend road repairs. After a 15-minute conversation, Mager said he completely understood the arguments against that approach. “I stopped complaining about that one thing because I found out what’s really going on,” he said. “If there was more of that kind of information available, I think people would complain less.”

Lukes could not agree more. She said the city must be better at offering motorists real-time information on construction projects so they can plan their trips with more certainty. And there should be more basic information about project methodology and management.

“If we could give people more of this information, I would think they would see the value they are getting from their tax dollars,” she said.