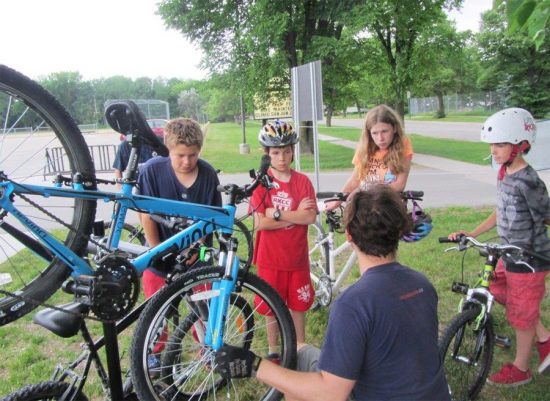 Janice has been a passionate advocate to improve safety on City of Winnipeg streets, sidewalks and pathways since 2001.  She has held many positions on board and committees prior to being elected, and since being elected in 2014, has championed significant changes in Winnipeg:

Prior to being elected, Janice worked on projects throughout the City:

2001: Initiated and fundraised for development of Sentier Cloutier Trail to provided safe access and connectivity.

2003: Co-Chaired the Red River Floodway Trails Coalition acting as the community representative for 40+ recreational organizations. Advocated for 7+ years to have three levels of government incorporate recreation facilities into the Red River floodway expansion. Resulting in $9M of trails and recreational facilities – including pedestrian bridge over PTH 59 from Floodway into Bird’s Hill Provincial Park.

2007: Engaged the Province to formally proclaim the second Saturday in June as Manitoba Trails Day.

2009 – 2013:  Engaged and guided Pembina Trails School Division and three schools in Fort Richmond in the National Safe Routes to School study – enabling the only suburban community in Winnipeg to undergo a broad and detailed active transportation study to increase and improve safe walking and cycling routes.  See overview of work and approx. $1M in active transportation upgrades in Ft Richmond.