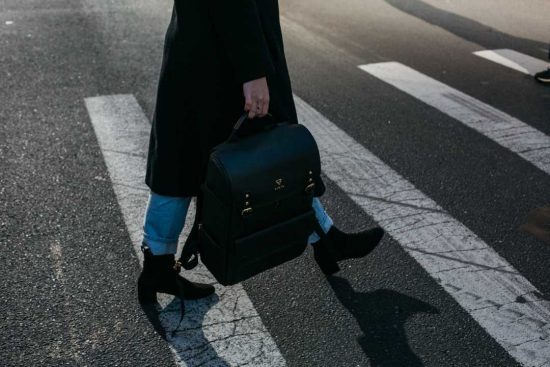 One of the six strategic goals, directions and actions in the Pedestrian and Cycling Strategies Policy, adopted by Council on July 15, 2015, is to improve sidewalk and bicycle network maintenance. During the public consultation for the Pedestrian and Cycling Strategies Policy, Winnipeggers identified safe crossings as critical to facilitate more people choosing to walk and bike more often. One of the least costly infrastructure improvements to improving safety at crossings is to paint the pedestrian and cycling crossings.

In the Waverley West Ward, Kenaston Boulevard is a trade corridor passing. Limited school bus use due to COVID-19 is causing more school-age children to walk or bike to school and cross major roadways. As of September 2020, no pedestrian crossing has been painted on Kenaston Boulevard, or near the numerous schools in the Waverley West Ward and as of September 2020, other pedestrian and cycling line painting was also observed as being nonexistent in many wards throughout Winnipeg.

Therefore, on September 9, 2020, I moved a motion directing the Winnipeg Public Service to prioritize painting pedestrian and cycling crossings for vulnerable road users in advance of the spring 2021 line-painting season.

On April 16, 2021 – the Prioritizing Painting of Pedestrian & Cycling Crossings report was published stating:

Pedestrians and cyclists are termed ‘vulnerable road users’ by Manitoba Public Insurance for a reason – they are vulnerable to serious collisions and injury. Children attend school in Spring and Fall – I strongly feel the active transportation components of painting the road should occur twice a year. In spring and fall.

I moved a motion, which directed the Winnipeg Public Service to report back to the Standing Committee prior to the 2022 Budget Review Process on the cost to increase annual road and active transportation pavement markings to twice per calendar year, as well as alternatives to enhance the existing traffic marking program.