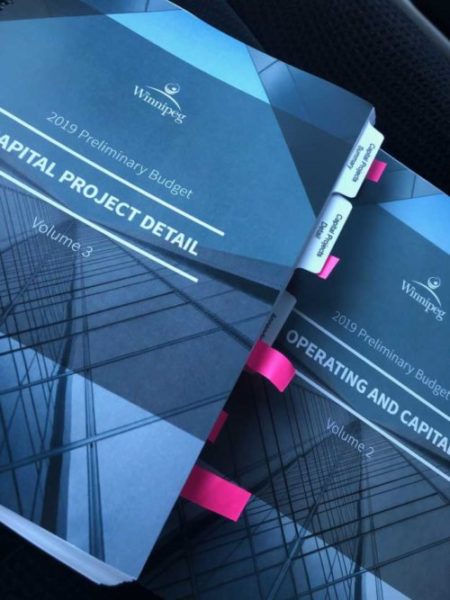 City Council passed the 2019 Operating and Capital Budget on March 20th. Two thirds of Council did not support the budget. I did not vote to support the budget but instead cast a symbolic vote against the budget to raise awareness on the critical need for ‘Councillor Equality’ in crafting the budget. The Mayor and his appointed budget working group make up 9 votes – which is majority – so regardless of how I cast my vote – the budget would pass.  I chose to cast my vote against the budget to raise the awareness of the lack of Councillor Equality.

It was only when the draft budget was made public, that the 7 Councillors could review the $1B budget, and scrutinize on behalf of their residents. The Councillors had 7 business days to bring forward any recommendation of change to the budget working group.  It is impossible to properly scrutinize the City’s $1B budget in seven days with no background or detailed financials and make meaningful recommendations.

I fundamentally believe the current process used to set the priorities and direction for the City on an annual basis is wrong.

Background: City’s Governance Model has not been reviewed in 20 years

Only time will tell if Council does move forward on developing a strategic plan and conduct a governance review. I know both these actions would greatly improve the way we make decisions and invest tax dollars at City Hall – and would result in a redistribution of power. I look forward to the day all Councillors have equal representation in setting the priorities and budget for our city. Moving mountains takes time – and I am committed to continuing chiseling away.

MEDIA – thank you for covering this important issue:

Media has done a great job of covering the overall City budget – I will post highlights of specific initiatives related to the Waverley West Ward in the coming days.