The Long And Winding Route To A Road Safety Strategy 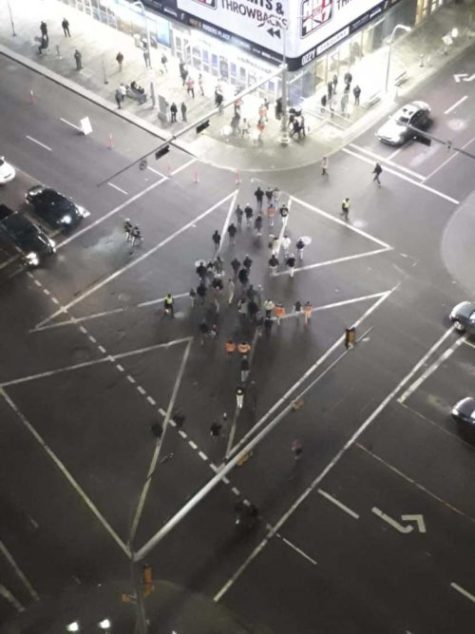 Excellent coverage by the Winnipeg Free Press on the importance and the long and winding route to a Road Safety Strategy. I think this is a key statement:

“ If this city had a true Vision Zero plan, everyone, including the mayor, would remember it because the plan’s premise — no loss of life is acceptable — would require a revolutionary change in Winnipeg’s car culture.”

Applying the Vision Zero approach correctly IS a revolutionary change in the way we currently look at transportation for everyone. I know first-hand the life changing impact a vehicle crash can cause. We can approach road safety far better than we currently are in Winnipeg – and we should.

On April 1, a 57-year-old woman died after she was hit by a half-ton truck in the parking lot of Garden City Shopping Centre.

On March 26, a 41-year-old man died after he was hit by a vehicle on March 20 while he was crossing Osborne Street at Morley Avenue.

On March 19, a four-year-old girl died a day after being hit by a vehicle while using the crosswalk with her mother at Isabel Street and Alexander Avenue.

Those are examples of the many recent traffic deaths that cause grim concern when newsroom editors gather to discuss Winnipeg issues.

Meanwhile, at city hall, councillors learned last week that the administration seems unable to develop a plan to make streets safer. The public works department was directed in January 2017 to produce a road-safety strategy. More than two years later, the department hasn’t started the plan. David Patman, the city’s transportation manager, blamed the procrastination on turnover in two senior positions.

Coun. Janice Lukes expressed dismay, which was unsurprising because she’s pushed since 2016 for Winnipeg to implement Vision Zero, a traffic safety initiative created in Sweden that gets its name from its mandate of achieving zero fatalities on roads. It’s working wonders in Edmonton.

To be fair, it should be noted that, even without a plan, Winnipeg has tried to improve traffic safety in recent years. Examples include pedestrian countdown signals at busy intersections, traffic signal poles with breakaway bases so hitting them will cause less damage, new bike lanes, traffic-calming devices such as traffic circles, and speed limits around schools reduced to 30 km/h during the school year.

The problem is that such changes seem random, not part of a comprehensive strategy. The public has no way of evaluating how these isolated improvements fit together, which ones are working to improve safety and what’s ahead for the future.

If Lukes had her way, the department would adopt the Vision Zero plan. There was confusion on this matter Tuesday when Mayor Brian Bowman said the city has already produced a plan, but the mayor was mistakenly thinking of the similarly named provincial road safety plan called The Road to Zero: Manitoba Road Safety Plan 2017- 2020.

If this city had a true Vision Zero plan, everyone, including the mayor, would remember it because the plan’s premise — no loss of life is acceptable — would require a revolutionary change in Winnipeg’s car culture. No longer would pedestrians, cyclists, school kids and senior citizens be only an afterthought. The safety of these vulnerable people would be the city’s top priority, ahead of the convenience of vehicles.

Since it originated the strategy in 1997, Sweden has cut its number of traffic deaths in half. They did it with an all-in commitment to redesigning roads, mandating changes to vehicles and changing the behaviour of drivers. Jurisdictions around the world took notice.

“The countries with the lowest levels of road violence have adopted a radically different paradigm of traffic safety, in which the state assumes full responsibility and the focus is on implementing fail-safe roads and vehicles,” reads a mission statement on the website of Vision Zero Canada.

The report gives a comprehensive list of upgrades in 2018 alone: 20 new pedestrian signals; 65 new driver feedback signs that display a vehicle’s speed; 27 school zones got safety improvements; 21 intersections where turning safety was improved; and the introduction of five new pedestrian scrambles, which are intersections where traffic is stopped in all directions to let pedestrians cross laterally or diagonally.

To get drivers to slow down, Edmonton uses a controversial blitz of cameras, laser and photo radar devices that move to different locations. In 2018, they gave out 379,000 tickets. They’re currently debating whether to implement a blanket speed limit of 30 km/h in residential areas.

Would it work in Winnipeg? Vision Zero depends on results-based policies and practices, so it would likely flop in a city where the public works department is allowed to ignore for two years a directive to produce a road-safety strategy.

Implementing Vision Zero here would require strong leadership to change the culture of Winnipeg drivers. We would need to drive as if every pedestrian and cyclist were one of our loved ones.

It would also require a substantial investment of public money to change infrastructure in a city designed to be the domain of motor vehicles.

Is it worth it? Ask the families of the people killed on Winnipeg streets.

(Carl DeGurse is a member of the Free Press editorial board.  carl.degurse@freepress.mb.ca )