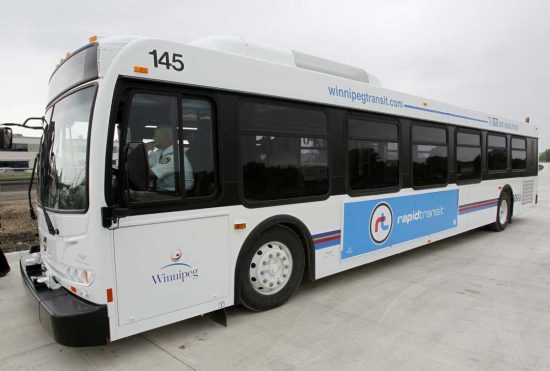 At the September Assiniboia Community Committee I passed the following motion:

WHEREAS Stage Two of the Southwest Rapid Transitway is one of the largest City of Winnipeg transportation infrastructure projects with a capital investment of $467.3Million and a yet undetermined operating budget;

AND WHEREAS the City of Winnipeg retained Deloitte LLP to produce a Value for Money Report (December 16, 2016) for the Southwest Rapid Transitway;

AND WHEREAS the City of Winnipeg does not currently have a mechanism set up to monitor, measure and publicly report on how the key benefits are meeting expectations;

THEREFORE BE IT RESOLVED that the Standing Policy Committee on Infrastructure Renewal and Public Works be requested to direct the Winnipeg Public Service to:

The southwest transit corridor will be finished eight weeks ahead of schedule, with another $40-million reduction in cost.

Councillors on the public works committee were told Tuesday the revised cost is now expected to be $420 million. It was originally set at $589 million.

“We’re well under budget and well ahead of schedule,” said Dave Wardrop, the city’s chief transportation and utilities officer.

Work on the corridor was scheduled to be substantially complete by the end of the year, and transit service, following several months of driver training, was to begin in April.

Wardrop said the active transportation (pedestrian and cycling paths) along the corridor will be open later this month, but the city will not implement transit service until April, to coincide with the start of Transit’s spring bus schedule.

The project’s original cost was reduced by $120 million after the design and construction contract was awarded to the winning consortium, which developed the lower cost estimates.

As a result of a motion from Coun. Janice Lukes and the Assiniboia community committee, the administration will be directed to produce an annual report measuring and assessing the value-for-money benefits of the new corridor.

Lukes told the committee that the public needs to know the benefits promised with the corridor are actually being realized once it’s put into service.

“We need to see data and information and reports… I want the public to see the positive impacts that this almost-$500-million investment is making in the city of Winnipeg,” Lukes said. “If we’re going to go forward on more rapid transit corridors, we need to really have a clear understanding how this thing is working and the benefits it brings.”

Lukes said the annual reports should clearly demonstrate how the corridor is meeting expectations in terms of ridership, reduced traffic congestion and improved transit service.

Lukes also wants to see pedestrian and cycling path linkages to the corridor on a regular basis in future years.

“If we don’t see amazing results from a $500-million infrastructure investment, how are we going to convince other people that we should be doing this elsewhere?”

Ribbon cutting on the Jubilee/Pembina underpass was held on Sept. 27.

Wardrop said all concrete pouring has been completed on the corridor and landscaping work is underway. Other project milestones reached in the project include:

Most of the recent project savings are the result of unspent contingency funding, Wardrop said, but he added contingency dollars are being retained in the budget to deal with unexpected property acquisition costs and potential contractor disputes.