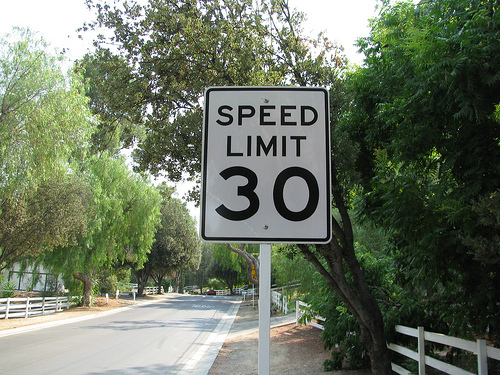 The Standing Policy Committee on Infrastructure Renewal and Public Works (IRPW) receives countless requests to have Winnipeg’s Public Service study traffic and make recommendations on various types of traffic calming devices which can be installed to mitigate speeding drivers.  At every IRPW meeting I’ve chaired,  both constituents and City Councillors have asked for traffic calming devices to be installed in their neigbhourhoods (i.e. speed humps, stop signs, control signals, pedestrian cross walks, etc.).

During a brief break in a recent IRPW meeting, I entered into a casual discussion with media regarding Toronto’s recently announced 30 km/hour speed zones.  I commented on how other cities in Europe and Canada were utilizing reduced speed zones as a traffic calming technique.  I mentioned to media that it could potentially be a concept which a residential suburb in Winnipeg might wish to pilot at some point in the future, in light of the many traffic calming requests received by the IRPW Committee.  That was the end of the media discussion, the break was over and the meeting of the IRPW Committee formally reconvened.

In less than 60 minutes, this headline appeared and countless more followed:

To set the record straight:

For info on cities on who have reduced speed limits, visit: