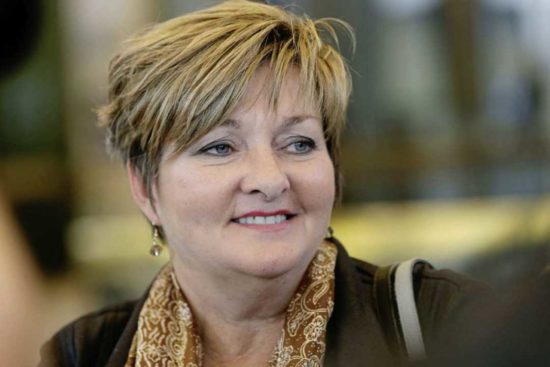 Thank you to all the residents of the new Waverley West ward for their support over the past four years. We worked hard, reached some great accomplishments, and have exciting developments on the horizon! A very warm welcome to the residents in the neighbourhoods Whyte Ridge and Linden Ridge! I’m really looking forward to the next four years – they will be exciting and challenging as we work together to improve our quality of life in both our neighbourhoods and our city!

Thank you to the Sou’Wester for this story

Plans to use election period to prepare for new session

Voters in the Waverley West ward will have one less thing to consider on election day: who will represent their ward at City Hall.

Former South Winnipeg – St. Norbert city councillor Janice Lukes was acclaimed to represent the newly formed Waverley West ward. The deadline for nominations passed on Sept. 18, with no one stepping up to challenge Lukes for the seat.

“Everything about this role is non-stop surprises,” Lukes told The Sou’wester. “In my wildest dreams I never thought this would happen because it very, very rarely happens. I was refreshing the button yesterday all day long to see if anyone had registered and no one had.”

The last time an acclamation was made to Winnipeg’s city council was 2002.

Lukes said she can’t offer any explanation for the lack of competition for the seat and had been preparing to run a full election campaign.

“Why it happened, I can’t answer that. I can only say I’m thrilled beyond belief to have the opportunity to do another four years of work in the ward.”

Part of the commission’s mandate was to ensure representation at City Hall was fair and that ward populations were comparable across the city. Lukes, whose former ward was at the top end of the spectrum with a population of over 68,000, said she’s looking forward to a more manageable workload in Waverley West.

“It’s kind of funny, because it was almost like running two wards before, to the verge of overwhelming. It was really difficult,” she said. “I feel like a lot has been lifted off my shoulders because I will have responsibility — I still have a huge responsibility, but not two wards.”

While she’s sad to miss out on the energy that comes with running an election campaign, Lukes said the next six weeks will be an opportunity for her to prepare for the upcoming council session and get up to speed on issues in the community, including a recreation complex for Waverley West, growth related challenges, and crime mitigation.

“We’ve got a rapid transit corridor coming in, I’ve been talking to the department, but now I can take a good three hours and sit down with them and get into it. I want to work on the landfill and there are some issues that I still think can be improved, so I can sit down and not always be under the gun.”

Lukes said she’ll also be engaged in the bigger picture discussions of the campaign leading up to election day, including the mayoral contest and the plebiscite on Portage and Main. She expects to open a forum on her website for community members to provide feedback on local topics while also providing her insight into the issues.

“I’m going to put my thoughts out there on how our city can do better on crime, economic development, and all of that,” she said.

Lukes said she isn’t planning on endorsing a mayoral candidate at this time.

The civic election is Oct. 24.