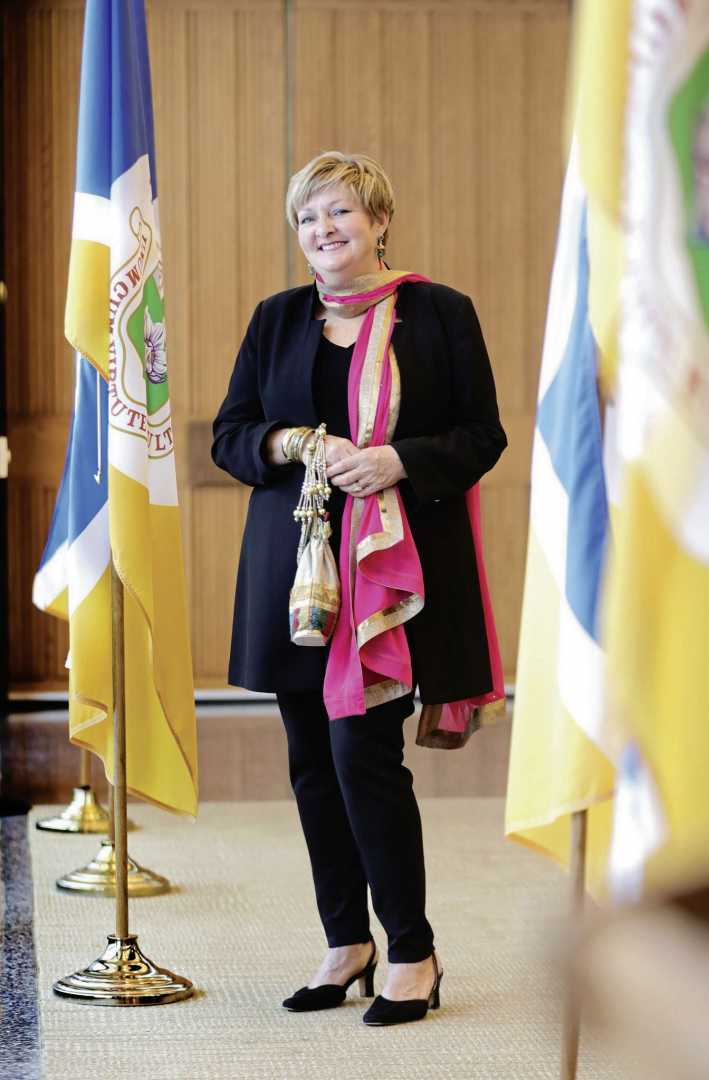 Thank you Winnipeg Free Press for this article.

A new year brings a renewed agenda from area city councillors, and Coun. Janice Lukes (Waverley West) is prepared for the long haul.

Lukes said 2021 was an amazing year for her ward, with new multi-family and commercial developments occurring along Pembina Highway, University Crescent and in Bridgwater and Prairie Pointe.

Lukes also assisted with securing $90 million in federal, provincial and city funding for a new recreation campus which will operate in partnership with Waverley Heights and Silverstone community centres.

The campus will be in the new Bison Run community and will boast a daycare centre, running track, indoor basketball courts, cricket batting cage, pickleball courts, meeting rooms and a spray pad.

“Getting Pembina Active Living 55-plus a home at the Whyte Ridge Community Centre was also a huge accomplishment,” Lukes said. “Older adults are one of the groups most negatively impacted by the pandemic. They’re very happy about having a home where they can do renovations and get ready for when they’re able to open up more.”

Other accomplishments, Luke noted, include obtaining funding for an interim mobile fire station, establishing a new board at the South Winnipeg Community Centre, creating a transportation plan for the Bison Run community and building four new cricket pitches in the ward.

“We have to look at continuing to encourage immigration and development in our city because multi-family homebuilding creates an immediate impact,” she said.

“The city is providing more social services than we’ve ever provided before — we have a poverty reduction plan, affordable housing, public washrooms — and the area I represent is well-positioned to help so we don’t have to raise taxes or cut services.”

Lukes will also be assisting the City of Winnipeg with its new economic recovery plan, which is set to be implemented early in 2022 and works with both federal and provincial governments.

“The city has really been hit hard financially,” Lukes said. “COVID has been sad in many ways but there are many silver linings, and it’s providing many opportunities to change existing systems that may not have been working.”

Within Waverley West, Lukes said much of 2022 will be spent organizing the construction of the new recreation campus and fire station. This will include design, planning and operations.

She also hopes to continue her work on keeping speeding down, considering eight of Winnipeg’s 10 most dangerous intersections are in the south end of the city, according to figures released by Manitoba Public Insurance.

“And it’s an election year on top of all of that,” Lukes said. “I’m working with my female councilor colleagues and we’re planning on doing some sort of information session so hopefully we’ll have more women running and diversity on council.”